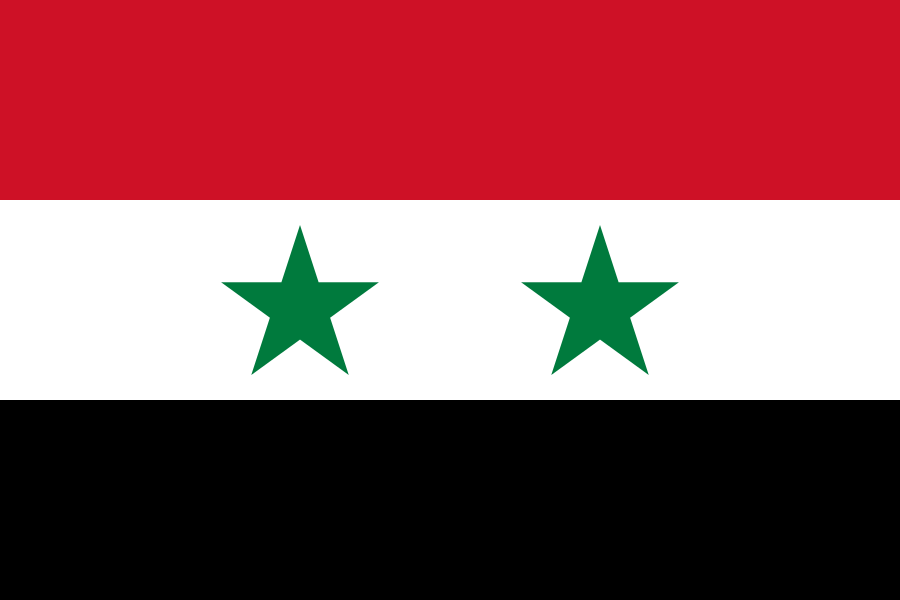 Syria (Arab in the south, with Iraq in the east and Turkey in the north. It is washed by the Mediterranean Sea in the west. The modern statehood of Syria is a little over 70 years old, but civilization originated here as early as the 4th millennium BC. e. The capital is Damascus, one of the oldest continuously inhabited cities in the world. In addition, Damascus is also the oldest of all modern capitals in the world. Syria has a population of 18.5 million (2015). Almost 93% of Syrians are Muslims, 6% of the country's inhabitants adhere to different directions of Christianity. The official language is Arabic. From 1963 to the present, the republic has been under the rule of the Syrian Baath Party and its allies. Since 2011, a civil war has been going on in Syria between supporters of the official government (“Baath” and Bashar al-Assad), the armed opposition, the Kurds, and since 2014, ISIS and a large number of other Islamist groups.

The name "Syria" comes from the ancient Greek name of the colonies of Assyria, formed from the Semitic word "Sirion". The area on the eastern coast of the Mediterranean Sea south of Cilicia, between Egypt and Mesopotamia, including the Armenian regions of Commagene, Sophena and the Assyrian region of Adiabene, is described by Pliny the Elder as “former Assyria”. By the time Pliny completed his main work, Natural History, this region was divided by the Roman Empire into several provinces: Judea (later Palestine, modern Israel, the PNA and part of Jordan), Phoenicia (modern Lebanon), Mesopotamia and Coele-Syria (i.e. "Hollow Syria").

The history of Syrian civilization dates back at least to the 4th millennium BC. e. Eblaite is the oldest known Semitic language. In the Ebla Library, discovered in 1975, more than 17,000 clay tablets dedicated to crafts, agriculture and art were found. Among the leading crafts of Ebla are the processing of wood, ivory, and pearls. Others are known�