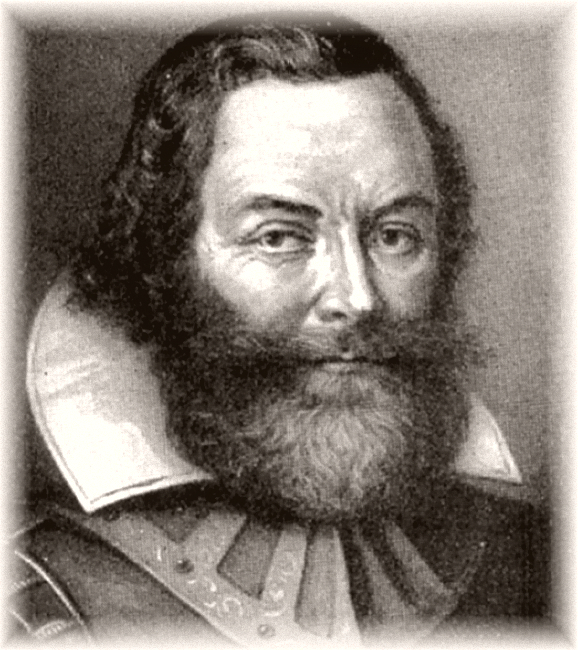 John Smith (born John Smith; January 9, 1580, Willoughby - June 21 (July 1), 1631, London) was an English writer and sailor who stood at the origins of Jamestown, the first British settlement on the territory of the modern United States. In the imagination of the masses, the name of Captain John Smith is associated with the story he himself retold of his "romantic affair" with the daughter of an Indian chief named Pocahontas.

John Smith was born on January 9, 1580 at Willoughby near Alford in Lincolnshire. Studied at the grammar school of King Edward VI. Orphaned at the age of 13, he was soon apprenticed to the merchant Thomas Sendall. At the age of 16, Smith left Sandall's training and went to France, accompanying the second son of Lord Willoughby, whom he soon left to join the struggle for the independence of the Netherlands. Two years later, he was hired on a merchant ship sailing the Mediterranean. In 1600, Smith joined the Austrian army, which was at war with the Ottoman Empire. For courage and courage, he was promoted to the rank of captain by the Transylvanian ruler Sigismund (Zhigmond) Batory. John Smith fought in Wallachia in the army of the Lord Radu X Shcherban against the governor Jeremiah Movila, but in 1602 in Transylvania he was seriously wounded and captured, and then sold into slavery in the Crimean Khanate. The noble Turkish Bogal, who bought Smith, sent him as a gift to his Greek bride, who, according to the captain himself, fell in love with him. Later, the girl sent the prisoner to her brother. Then he was sent to Azov. After killing his new master, Smith escaped from slavery. Through the lands of the Don Cossacks, Severshchina, Volyn, Galicia and the Commonwealth, he reached the Holy Roman Empire. Some time later, Smith, having received well-deserved awards, left the army and went to travel around Europe and North Africa. In the winter of 1604, John Smith returns to England. There is speculation that Smith used the palisade fortification system he learned in the Ukraine to defend a settlement in Virginia from the Indians; and the log houses he saw in Severshchina and Volhynia became a model of buildings known as "log cabins".