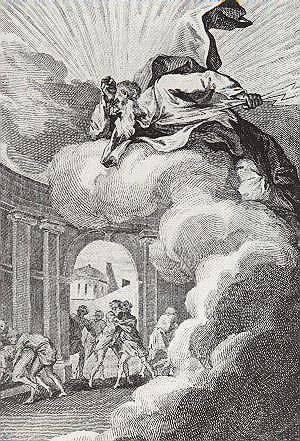 History of the term

The biblical story about the destruction of a city inhabited by wicked people describes the inhabitants of the city of Sodom, who desired sexual intercourse with two strangers who stopped for the night at the righteous Lot. On the same day, for the extreme wickedness of the inhabitants of Sodom and Gomorrah with their surroundings, they were destroyed by God by fire from heaven. Christian theology traditionally associates the sin of Sodom and Gomorrah with the extreme corruption of their inhabitants, which manifested itself, in particular, in homosexuality. The events that took place in Sodom (Hebrew סְדוֹם‏‎, Sədom - lit. "burning") and Gomorrah (Hebrew עֲמוֹרָה‏‎, ʿAmora - lit. "immersion, drowning") are considered as an attempt to commit a sin of a sexual nature in including because of the double use in the text of the Bible of the Hebrew verb yada (learned), used to describe actions of a sexual nature. According to the text of the Fundamentals of the Social Concept of the Russian Orthodox Church, God punished the inhabitants of Sodom "precisely for the sin of sodomy." The Orthodox Encyclopedia specifies that the church tradition understands this sin in this case as an attempt of homosexual violence against the guests. Orthodox church historian V.V. Burega notes that in modern biblical studies there is a change in views, and “even those biblical scholars who insist on a traditionally tough attitude towards homosexuality