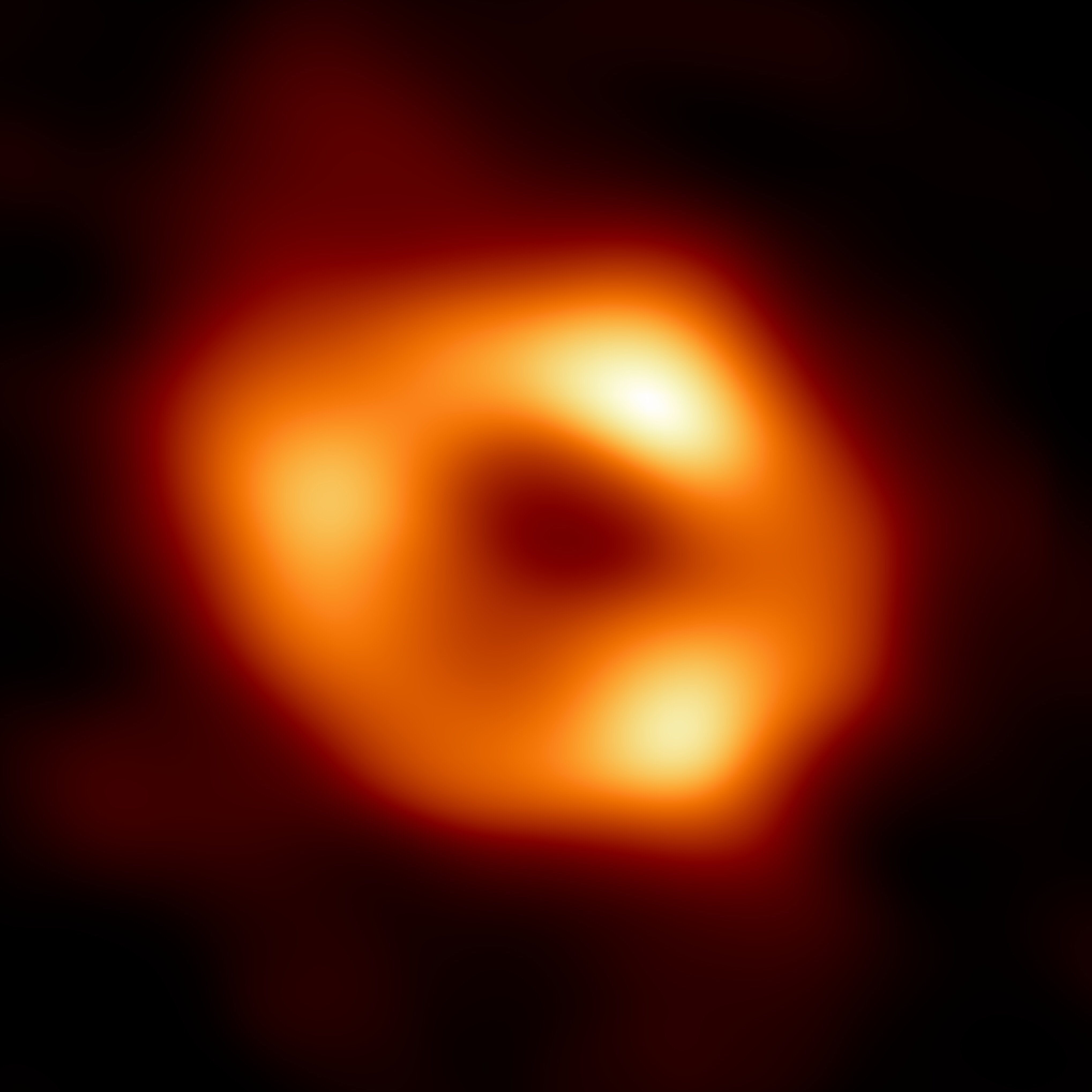 Sagittarius A * (lat. Sagittarius A *, Sgr A *; pronounced "Sagittarius A with an asterisk") - a compact radio source located in the center of the Milky Way, is part of the Sagittarius A radio source. It also emits in infrared, X-ray and other ranges. It is a high-density object - a supermassive black hole surrounded by a hot radio-emitting gas cloud with a diameter of about 1.8 pc. The distance to the radio source is (27.00 ± 0.10) thousand sv. years, the mass of the central object is (4.297 ± 0.042) million M⊙. Data from the VLBA radio telescope indicate that the black hole itself accounts for at least a quarter of the total mass of the Sgr A * object, and the rest of the mass falls on the matter surrounding the black hole, as well as neighboring stars and gas clouds. On May 12, 2022, astronomers observing with the Event Horizon Telescope released a photo of Sagittarius A*, confirming that the object contains a black hole. This is the second confirmed image of a black hole.

On October 16, 2002, the international research team of the Max Planck Institute, led by Rainer Schödel, reported observations of the motion of the star S2 around the object Sagittarius A * over a period of ten years. Observations proved that Sagittarius A* is an object of enormous mass. By analyzing the elements of the orbits, it was first determined that the mass of the object is 2.6 million M⊙, this mass is enclosed in a volume no more than 17 light hours (120 AU) in diameter. Subsequent observations have established a more accurate mass value - 3.7 million M⊙, and a radius of no more than 6.25 light hours (45 AU). For comparison, Pluto is 5.51 light hours away from the Sun. These observations suggested that Sagittarius A* is a black hole. In December 2008, researchers at the Max Planck Institute for Extraterrestrial Physics published updated data on the mass of a supposed supermassive black hole based on observations over 16 years. It amounted to 4.31 ± 0.36 million solar masses. Reinhard Genzel, team leader, noted that these studies