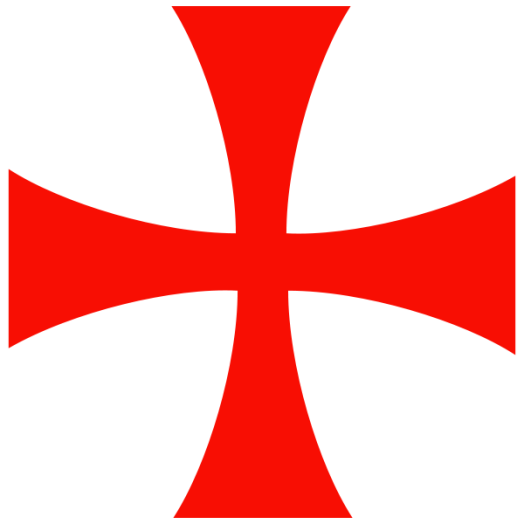 The Templars (fr. Templiers - "templars"), also known under the official names of the Order of the Poor Knights of Christ (fr. L'Ordre des Pauvres Chevaliers du Christ), the Order of the Poor Knights of the Temple of Jerusalem (fr. L'Ordre des Pauvres Chevaliers du Temple de Jerusalem), Poor soldiers of Christ and the Temple of Solomon (lat.Pauperes commilitones Christi Templique Salomonici) - a spiritual knightly order founded in the Holy Land in 1119 by a small group of knights led by Hugo de Payne after the First Crusade. The second most established (approximately 20 years after the Hospitallers) of the religious military orders. In the XII-XIII centuries, the order was very rich, he owned extensive land holdings both in the states created by the crusaders on the territory of Palestine and Syria, and in Europe. The order also possessed broad ecclesiastical and legal privileges granted to it by the Pope, to whom the order was directly subordinate, as well as by the monarchs, on whose lands it had possessions and real estate. The order often performed the functions of military protection of the states created by the crusaders in the East, although the primary goal declared at its establishment was the protection of pilgrims going to the Holy Land. In 1291, when the Crusaders were expelled from Palestine by the Mamluk Sultan of Egypt, Khalil al-Ashraf, the Templars switched to financial services and trade, accumulated significant values ​​and found themselves in difficult property relations with the kings of European states and the pope. In 1307-1314, members of the order were arrested, tortured and executed by the French king Philip IV, major feudal lords and the Roman Catholic Church, as a result of which the order was abolished by Pope Clement V in 1312.

During the First Crusade, the French nobleman Hugo de Payne gathered eight of his kin-knights, including Godefroy de Saint-Omer, and organized a militia of the poor knights of Christ in the service of the Order of the Holy Sepulcher in Jerusalem. This militia was transformed into a new Order, called the Order of the Knights of the Temple. The original purpose of the order was to protect the pilgrims on their pilgrimage to holy places in the Middle East. They named their order "Poor Knights of the Temple of Solomon". They were