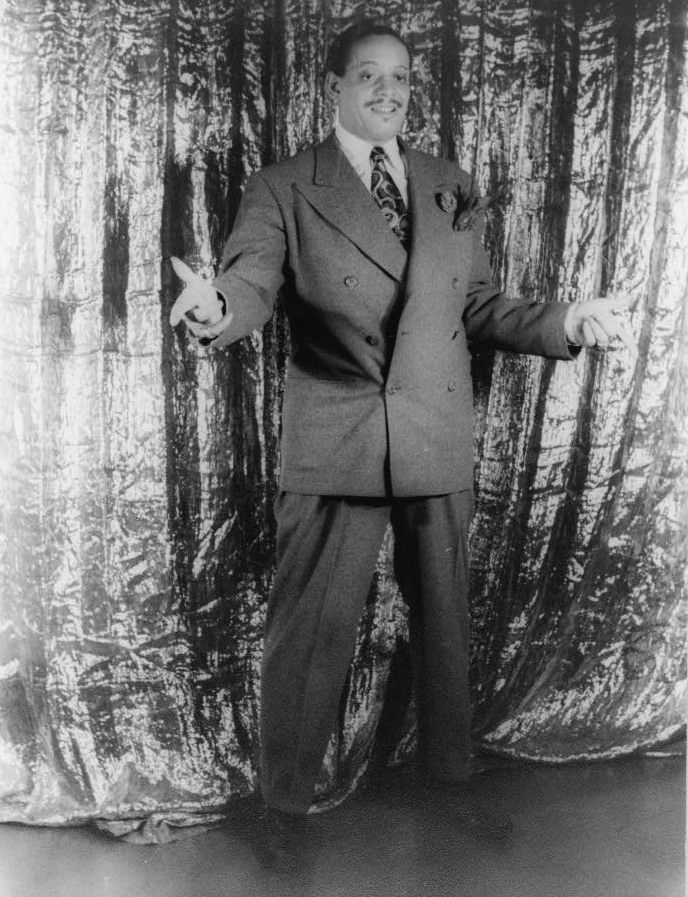 Myron Carlton "Tiny" Bradshaw; September 23, 1907, Youngstown, Ohio, USA - November 26, 1958, Cincinnati, Ohio, USA) - American jazz and rhythm and blues band leader, singer, composer, pianist and drummer. Best known for co-writing and performing the popular songs Well Oh Well (1950), I'm Going To Have Myself A Ball (1950), Walkin 'The Chalk Line (1951), and Train Kept A- Rollin '"(1951) - which became an important milestone in the history of the development of rock and roll.

Myron Carlton Bradshaw was born in Youngstown, Ohio to Cicero Bradshaw and his wife Lillian Boggess. Bradshaw graduated from Youngstown High School, after which he attended Wilberforce University with a degree in psychology. However, having received his diploma, he began to make a living by music. In Ohio, he sang and played drums with Horace Henderson, a student-oriented band called Collegians. In 1932, Bradshaw moved to New York, where he worked as a drummer for the Alabamians of Marion Hardy, The Charleston Bearcats (later renamed Savoy Bearcats) and the Mills Blue Rhythm Band, and also performed as a vocalist with jazz pianist Louis Russell.

In 1934, Bradshaw formed his own swing orchestra, which in the same year recorded eight songs during two sessions for Decca Records. The band's next recording took place in 1944 for Manor Records, when their music became closer to rhythm and blues. In 1947 the ensemble recorded material for Savoy Records. The group actively created material for the rhythm and blues music market - collaborating with King Records from late 1949 to early 1955, during this time, recording five hits that hit the Top 10 Billboard specialized charts. Bradshaw's most successful song of that period was "Well Oh Well" (1950), which peaked at # 2 and remained on the chart for 21 weeks. The next two musical numbers, "I'm Going To Have Myself A Ball" (No. 5, 1950) and "Walkin 'The Chalk Line" (No. 10, 1951), also proved to be successful in the charts, followed by a break. in the work of a musician for almost two years. In 1951, Bradshaw recorded his most famous song, "Train Kept A-Rollin '", which, however, did not make it to the charts, which made the name of the musician in the annals of rock music. In 1956, Johnny B recorded a cover version of this song.