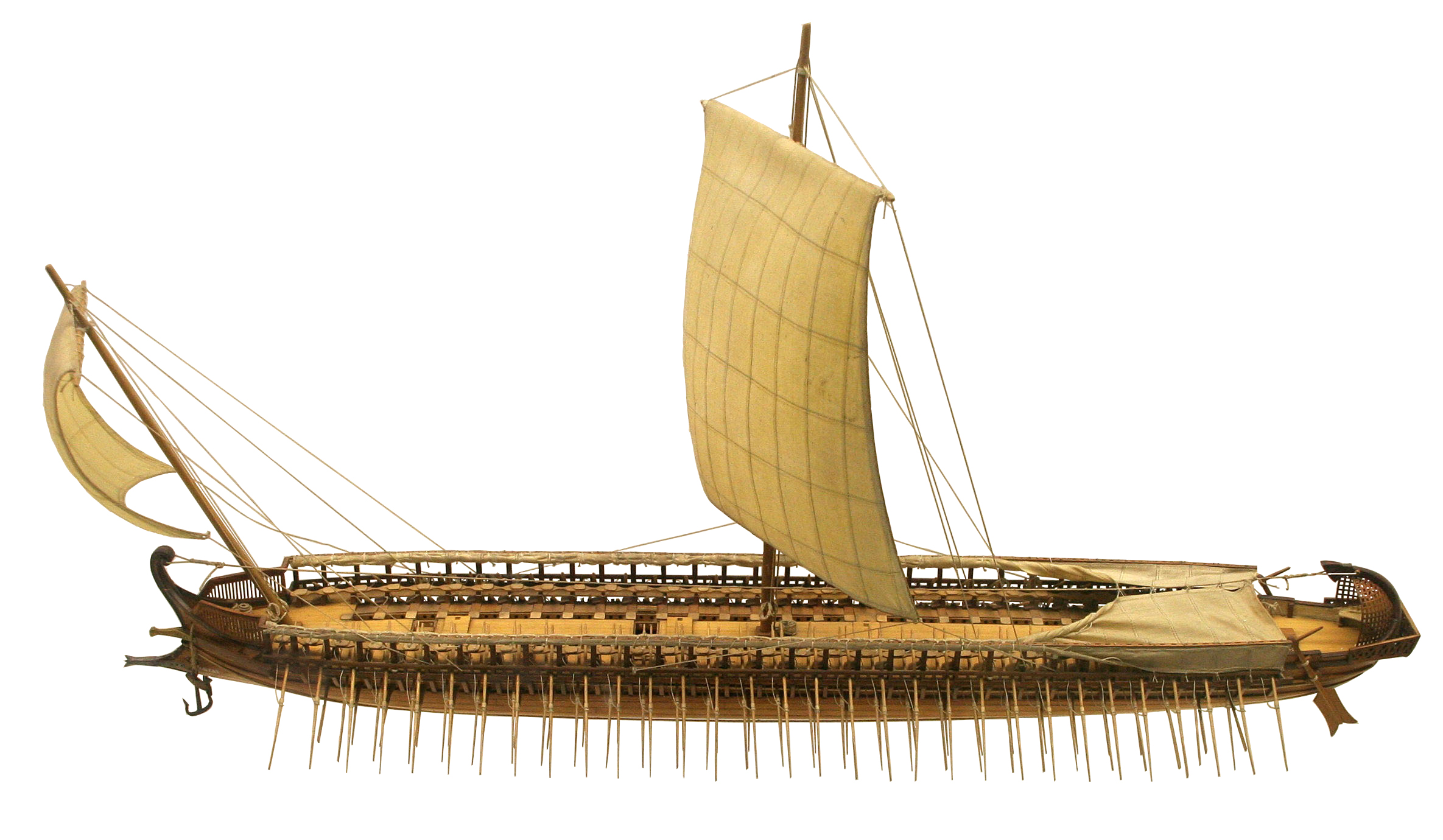 Trireme (lat. triremis, from tres, tria - “three” + remus - “oar”), triere (ancient Greek τρι-ήρης, from τρεῖς, τρία - “three” + ἐρέσσω - “row”) - class warships that were used by the ancient civilizations of the Mediterranean, especially the Phoenicians, ancient Greeks and ancient Romans. Triremes got their name because of the three rows of oars, which are supposed to be located one above the other in a checkerboard pattern; each oar was operated by one person. The early triremes were the result of the evolution of uniremes - ancient warships with one row of oars, from 12 to 25 on each side, and biremes - warships with two rows of oars. It is possible that the Phoenicians were the first to build the trireme. As the fastest and most maneuverable warship, the trireme dominated the Mediterranean from the 7th to the 4th century BC. e., until larger warships appeared - quadriremes and quinqueremes (penters). Trieres played an important role in the Greco-Persian wars, in the formation of the maritime empire of Athens and its fall as a result of the Peloponnesian War.

Triremes had the following characteristics: Displacement 80-100 tons, length 30-40 meters, width 4-6 meters. At the water level or above the water on the nose of the trireme there was a pointed beam (ram), which was made of iron or copper. The battering ram could also be made of wood; in this case, he was bound with iron. A straight or curved ram was used as an offensive weapon. Sometimes it was given the shape of an animal or a bird. The traditional trireme of the times of the Greco-Persian wars and the Peloponnesian war (5th century BC), according to Herodotus and Thucydides, was 37 m long and 5.5 m wide, carried 170 rowing oars and 200 crew members, which were often incomplete. The rowers of the upper row were called tranits, there were 31 oars in a row, in the middle and lower rows (rowers, respectively, zigits and talamites) there were 27 or 28 oars in a row. The main differences between the Roman trireme and the Greek trireme were the sail on the stem and the boarding raven. The armament of the ship included a crane, to which a hook or weight was attached to destroy the towers and decks of an enemy ship, and a tower for shooters. Due to the absence of heavy fixtures on the upper deck, the ancient Greek trireme moved faster,