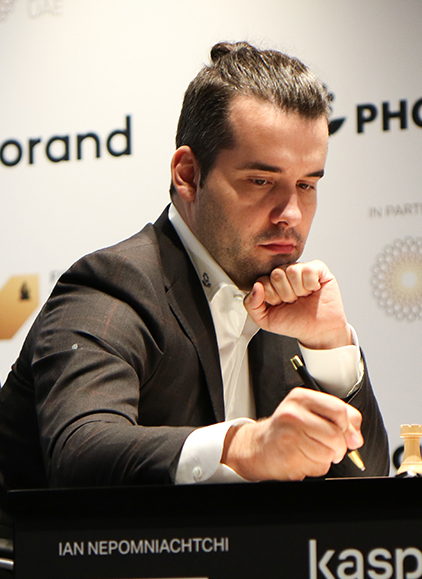 The Candidates Tournament 2022 is a chess tournament that takes place from June 16 to July 5, 2022 in Madrid. It is the final stage of a series of tournaments to determine the contender who will play with the reigning world champion Norwegian Magnus Carlsen. The World Chess Championship match is scheduled for 2023. The Candidates Tournament itself was held in two rounds with eight participants. The full list of participants became known after the end of the FIDE Grand Prix series, which consisted of three tournaments. In March 2022, FIDE suspended Sergey Karjakin for 6 months. The eighth participant to replace Karjakin was Ding Liren, who had the highest rating (after Carlsen) as of May 2022. In the penultimate round of the tournament, having drawn with Rapport, Ian Nepomniachtchi won ahead of schedule, guaranteeing himself participation in the match for the world title for the second time in a row.

8 grandmasters take part in the tournament:

Teimour Radjabov qualified for the previous Candidates Tournament, but withdrew from it after FIDE refused to postpone the tournament due to the COVID-19 pandemic. When the tournament was suspended after the completion of the first round, Radjabov called for it to be returned to the competition. FIDE considered it more appropriate to give Radjabov the opportunity to play in the next Candidates Tournament without qualification.

On 21 March 2022, the FIDE Ethics and Discipline Commission concluded that Sergey Karjakin violated Article 2.2.10 of the FIDE Code of Ethics by openly supporting Russia's invasion of Ukraine. For this reason, Karjakin was suspended from participation in official tournaments for 6 months and, therefore, was deprived of the opportunity to take part in the Candidates Tournament. Karjakin could appeal the commission's decision within 21 days. In response, Sergey Karyakin on his Telegram channel condemned FIDE for mixing sports with politics. Later, he stated that he did not regret anything and that he was first of all a patriot of his country and only secondly - a chess player. He also said that he sees no point in filing an appeal, but FSR President Andrey Filatov said that the organization intends to appeal FIDE's decision. On April 7, it became known that the FSR had appealed against the FIDE decision. Filter by �