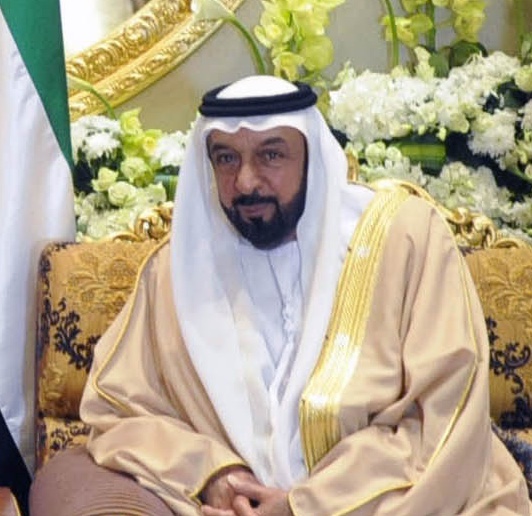 Khalifa ibn Zayed ibn Sultan Al Nahyan (arab. خليفة بن زايد بن سلطان آل نهيان‎; September 7, 1948, Al Ain, Trucial Oman - May 13, 2022, Abu Dhabi - United Arab Emirates) Emirates from November 2 and 3, 2004 (respectively) to May 13, 2022. He was one of the richest people in the world with a fortune of $15 billion, according to Forbes magazine, and the fortune of his family members is estimated at $150 billion. In addition, he oversaw the investment fund Abu Dhabi Investment Authority, the capitalization of which, according to various estimates, reaches $876 billion (for 2008).

He was born on September 7, 1948 in the city of Al Ain in a country that was then called Trucial Oman. Eldest son of the first President of the United Arab Emirates, Zayed Al Nahyan (1918-2004).

On November 3, 2004, after the death of his father, he became the second president of the United Arab Emirates. The policy of his rule is assessed as pro-Western, reform-oriented. In April 2005, by his decree, he made a 100% increase in wages for all employees of the state. The tallest building in the world, at the stage of construction was named "Burj Dubai", on the opening day on January 4, 2010, was named in honor of the President of the United Arab Emirates "Burj Khalifa". Such a "gift" was made to the President of the UAE 3 weeks before