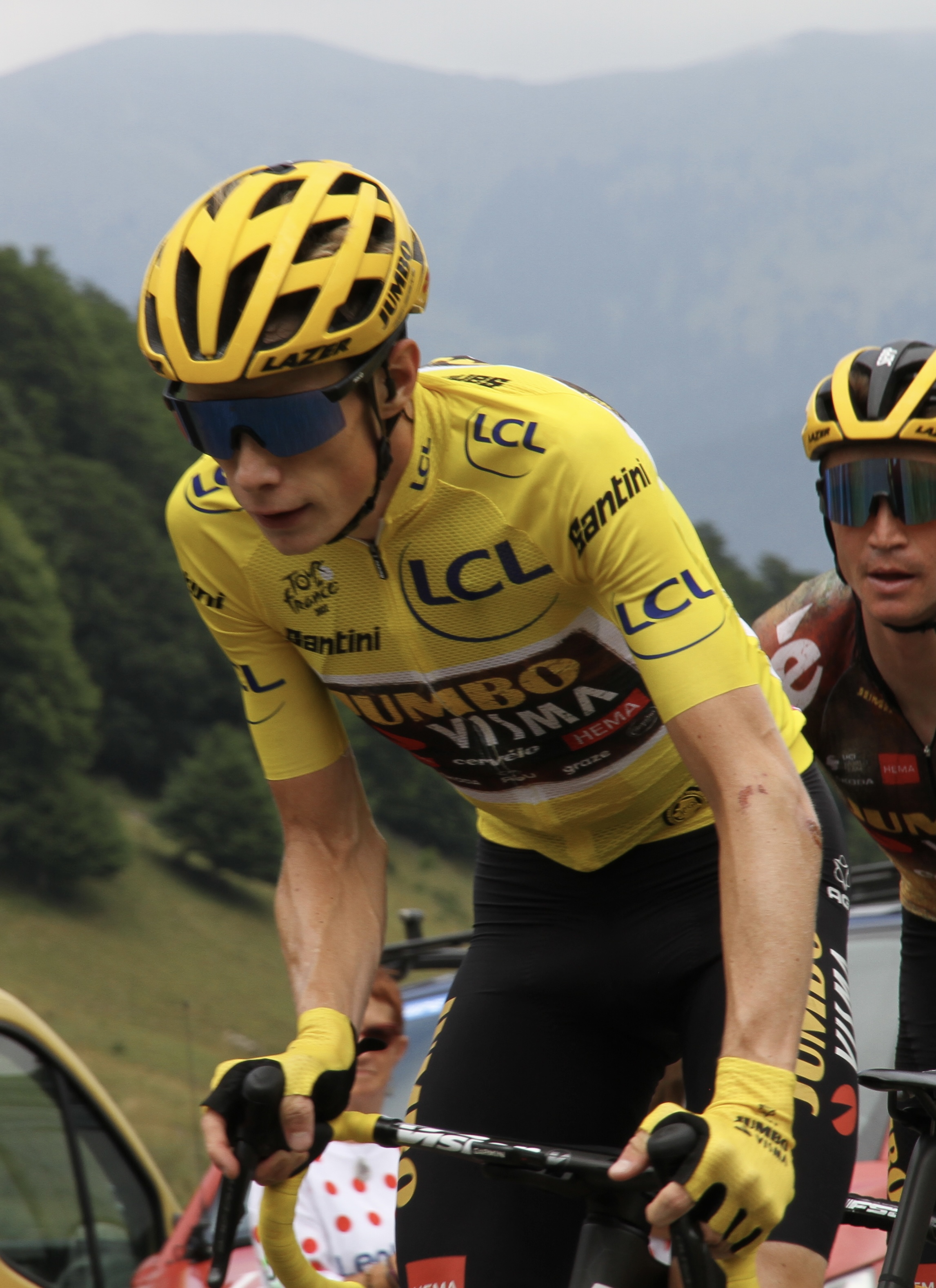 Jonas Vingegaard Rasmussen (Dan. Jonas Vingegaard Rasmussen; December 10, 1996) is a Danish professional cyclist who currently rides for the UCI World Tour Team—Jumbo—vizma. He won the Tour de France once, with the mountain classification, while he finished in second place once. He won the Setimana Internationale di Kopi e Bartali and Drom Classic races once. As a child, he practiced football, while at the age of ten he started cycling. After finishing school, in 2016, he started driving for the Danish team Kolokvik—kult, and at the same time he worked in a fish shop, where he worked every day from 5 am to noon, after which he trained. In the same year, he finished second in the Tour of China, and in 2017, he finished second in the Grand Prix of Viborg. In 2018, he moved to Jumbo-visma and only then stopped working at the fish shop. In 2019, he won one stage at the Tour de Pologne and finished second at the Denmark Runt. In 2020, he drove his first Grand Tour race — the Vuelta a España, where he worked for Primož Roglič, who won the race for the second year in a row. In 2021, he won the Setimana Internationale di Kopi e Bartali race and finished second in the Vuelta al Pais Basque race, where he finished behind Roglic. In June, he made his debut at the Tour de France, where he worked for Roglic, who had to leave the race due to crashes and Vingegor assumed the role of team leader. The time trial on the penultimate stage, stage 20, finished in third place, behind Vaut van Aart and Kasper Asgren, and the Tour finished in second place, five minutes behind Tadej Pogačar. In 2022, he won the Drom Classic, and finished second at Tireno-Adriatik behind Pogačar and second at Criterion di Dauphine behind Roglič. In July, he was the team leader in the Tour de France, along with Roglic, who lost a lot of time in the early stages due to a crash. On stage 11, he won one minute ahead of Nair Quintana, and almost three minutes ahead of Pogačar, and took the yellow jersey for the first time in his career. By the end of the race, he achieved another victory, along with two second places and won the Tour by over two minutes ahead of Pogacar, with the mountain classification won, thus becoming the first Danish winner of the Tour since Bjarne Riss in 1996; also, he became the first winner of the Tour d�