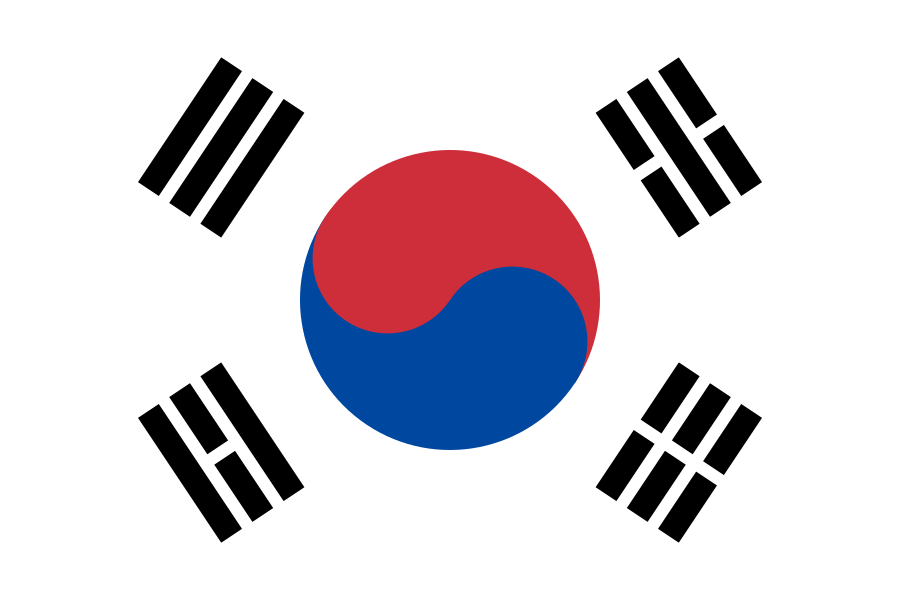 South Korea, officially the Republic of Korea, is located in the southern half of the Korean Peninsula, in East Asia. In Korean, the name is Dehanminguk (Korean: 대한민국, (). On the north side, it borders North Korea, with which it formed a single state until 1948. This is its only land border and it is 243 km long. It is bounded on the west by the Yellow Sea, on the south by the East China Sea, and on the east by the Sea of ​​Japan. The capital is Seoul. The mountainous climate prevails throughout the country. Archaeological excavations related to this territory are related to the Late Paleolithic period. The country is divided into 16 districts. It was declared the fourth most developed Asian economy. She is a member of the following organizations: United Nations, World Trade Organization, Organization for Economic Cooperation and Development, G20 of industrialized countries (currently chair). She is also one of the founders of the Asia-Pacific Economic Organization and the East Asia Summit.

The area of ​​South Korea is 100,210 km². Of these, 290 km² belong to water bodies; South Korea has no natural lakes. The length of the coast is 2413 km. The largest island is Jeju, which is located 150 km south of the mainland of South Korea. The area of ​​this island is 1845 km2, and with several surrounding islands it forms the province of the same name. South Korea encompasses the southern part of the Korean Peninsula and covers the surrounding islands. The majority of South Korea's population lives in the lowlands that stretch along the west coast. The rest of the country is mostly mountainous. Forests cover over two thirds of its territory.

The largest river is the Nakdonggang and is 525 km long.

Most of the country has a temperate climate and four seasons can be distinguished. The exceptions are the lowlands in the south and the island of Jeju-do, which have a subtropical climate. Spring usually begins in late March or early April, it is mild and sunny. In summer, southerly winds bring warm and humid air from the Philippines. The summer monsoon season in South Korea usually begins in late June or early July.