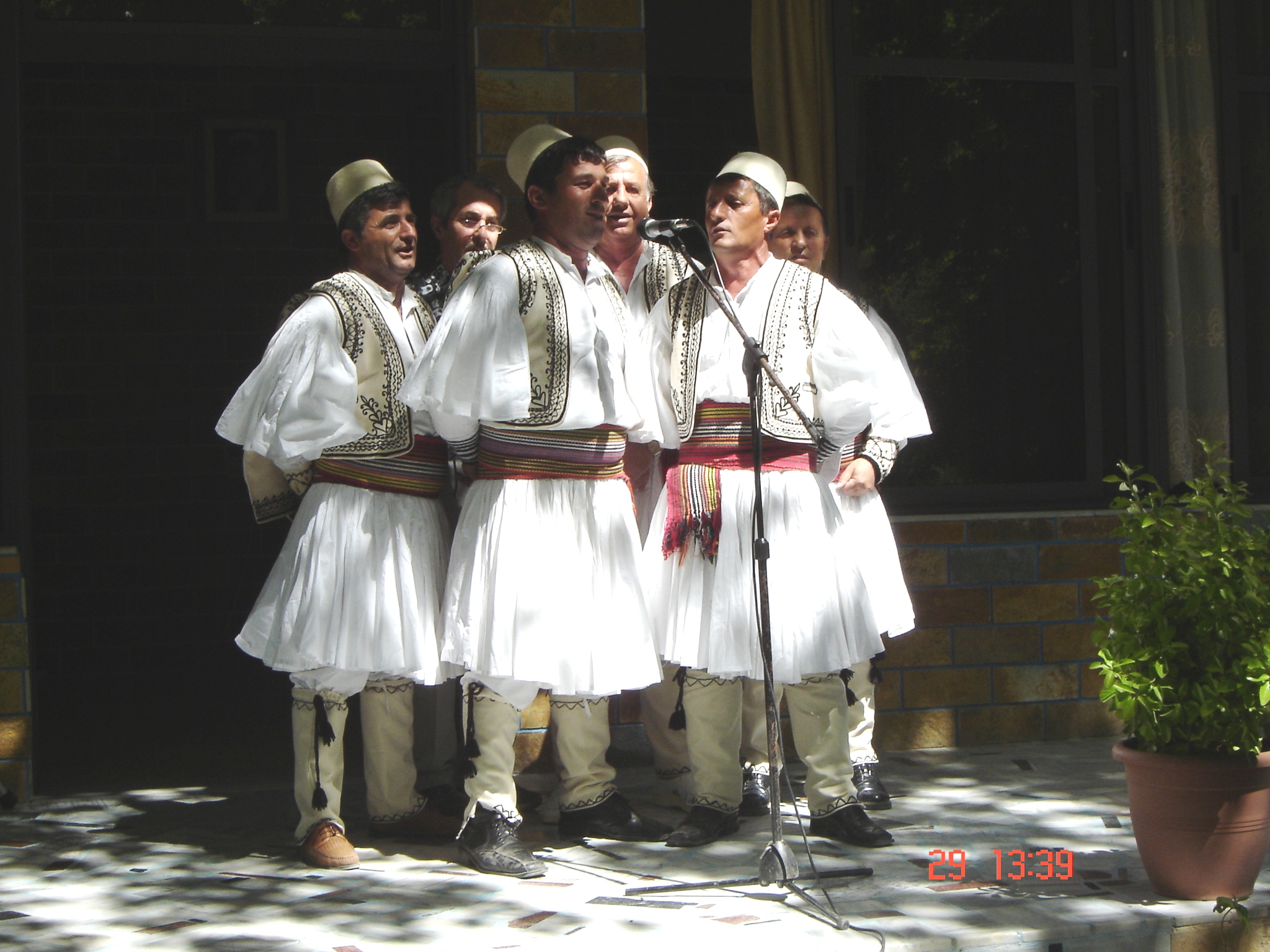 Albanians (Albanian: Shqiptarët) are a people from southeastern Europe who live predominantly in Albania and neighboring areas. About 40% (2,300,000) live in Albania, about 38% of the total Albanian population lives in neighboring countries, while a significant part (22%) live in the non-neighboring diaspora. Albanians speak Albanian, which has two main dialects: gag and tosk. They are predominantly Islamic, with a significant percentage of Orthodox, Roman Catholics and atheists.

In the Serbian language, the words Albanian and Shiptar are used in naming members of the Albanian people (a word that is often misinterpreted as offensive), because it is only a Sloveneized form of the word Shqiptar, as Albanians call themselves finches. In the language, Shqiprija is pronounced from the word šqip (Albanian: Shqip) or šćipri (Albanian: Shqip'ri), which would mean karst or hill, because they lived mainly on hills and karsts, so they called themselves hill people. However, there is also the meaning of "speak clearly, understandably". Contemporary authors have added the interpretation that Šćiptari means sons of eagles, and Šćiprija the land of eagles, because shqipe or shqiponjë is the Albanian word for eagle, so there is no offensive context behind it. The older form of the word Albanian in the Serbian language was Arbanas. In addition, the Turkish name Arnaut was previously used for Albanians.

There are several theories about the origin of Albanians.

This theory is primarily advocated by historians such as Jovan Deretić, Gojko Vukčević, Slavenko Terzić and others. This theory reads as follows: "The oldest records speak of a state called Caucasian Albania in the south. The northern parts were a confederation of pagan tribes. In the first century AD, Caucasian Albania ruled today's Azerbaijan. They fought the Romans and Persians and converted to Christianity early. The territory of this state. Today it is the territory of the Russian Republic of Dagestan. Albania in the Caucasus was located on the eastern slopes of the mountain to the Caspian Sea, the province of Shirvan, modern-day Azerbaijan and Dagestan. North of Albania was the land of Alan,