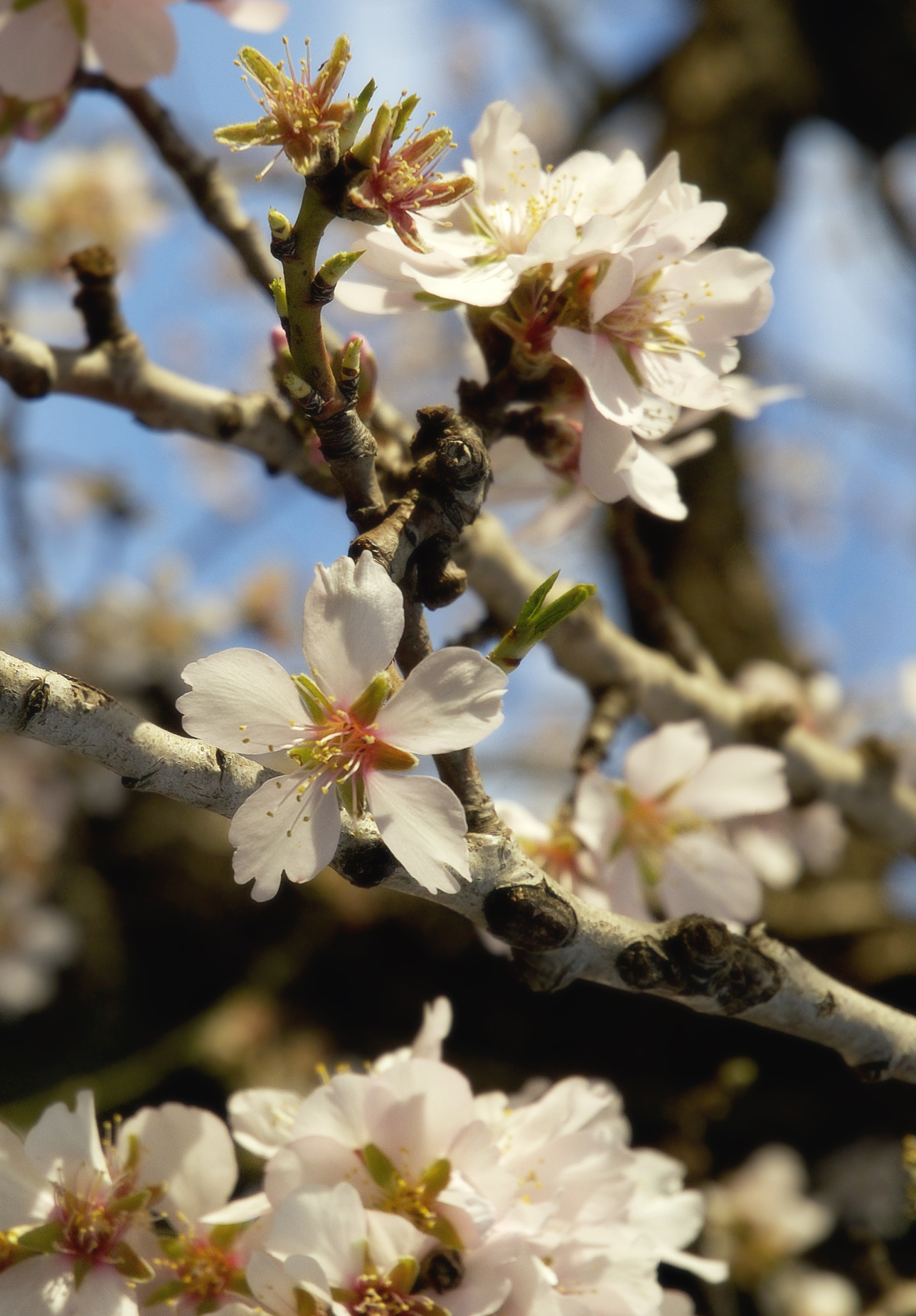 Almond (lat. Prunus dulcis), or sweet almond, is a tree from the rose family (Rosaceae), whose fruit and seeds are used in human nutrition as fruit. The name almond is also used by the people for the fruit of the tree. The name almond is used in botanical literature for several related species of the genus Prunus and subgenus Amygdalus. In addition to sweet, there is also bitter almond, whose seeds have a higher amount of cyanide and can be considered poisonous if consumed in larger quantities. An interesting species is Prunus tenella or steppe almond, which grows in Deliblato sands.

Bitter almond (lat. Prunus amygdalus Stoker) is a plant native to Asia Minor and Mesopotamia, from where it spread to many countries around the Mediterranean. It grows on the coast and in Macedonia as a semi-wild plant. Dry, warm and rocky habitats are suitable for its development. Bitter almond is a tree 5-8 m high. It has elongated lanceolate leaves, serrated along the rim and a pointed tip. There are 1-2 glands in the axils of the leaves and leaf stalks. White or pink flowers appear in March - April. The fruit is an oblong stone that contains one, rarely two seeds. The seeds are flattened, about 2 cm long and 1.2 cm wide. The epicarp is hairy and green, and the leathery mesocarp falls off when it dries, the endocarp (bone) has characteristic deep holes. Bitter almonds bloom in early spring.

Bitter almond seeds are used to obtain aromatic waters that act as narcotics and sedatives. It is also used to obtain fatty oil, by squeezing mature seeds that do not have amygdalin. It is a clear, pale yellow liquid, almost free