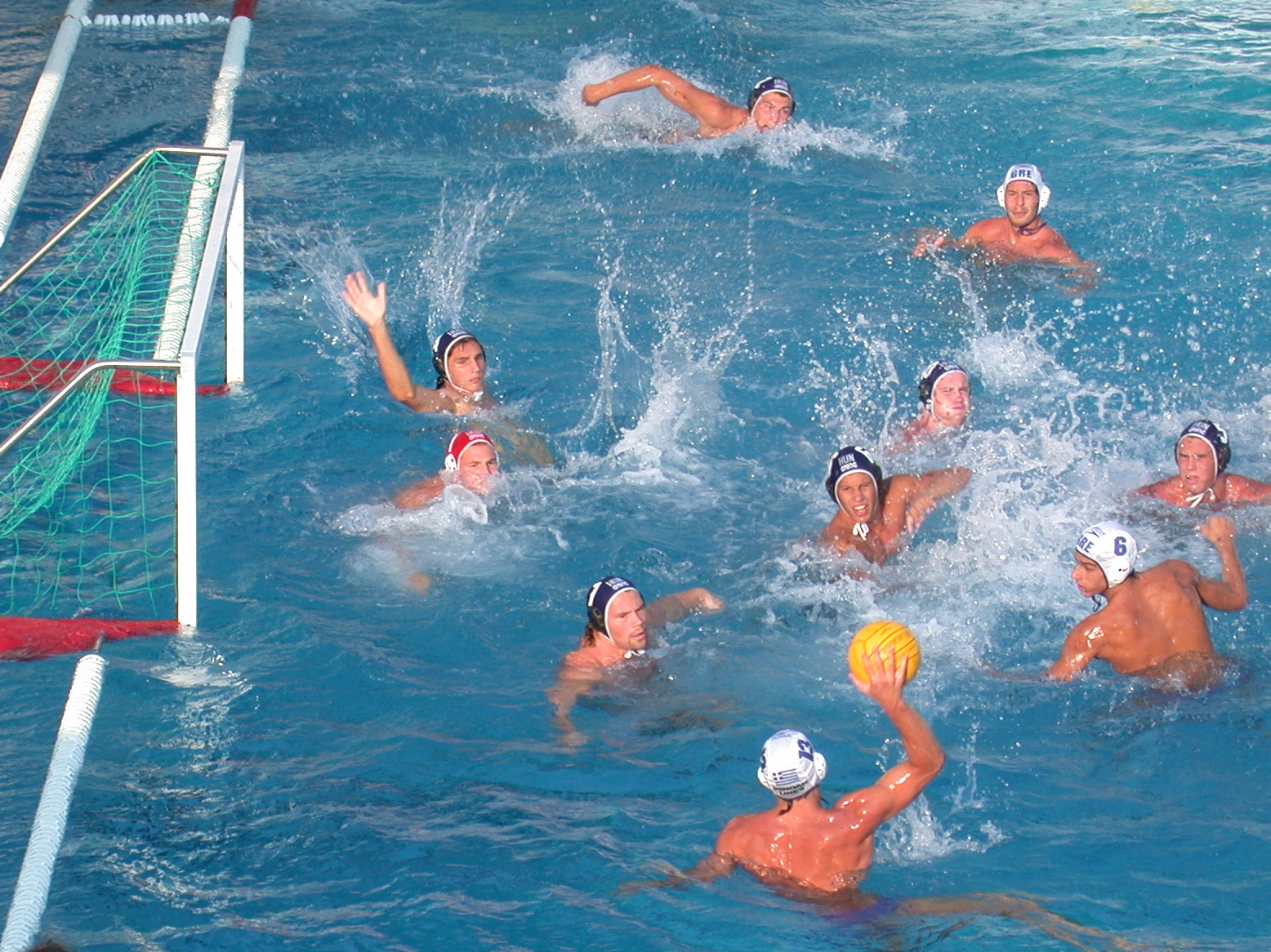 Water polo is a sports team game played by two teams in water, the ultimate goal of which is to score a goal in the opposing team's goal. The match consists of four quarters, and the team in the water consists of six players and one goalkeeper. In addition to this, teams may have reserve players (up to six in most water polo rules, which may include a goalkeeper). Water polo is usually played in a deep pool (at least 1.8 m deep), and players must possess great strength and endurance to play the game. Water polo is a very rough sport. Minor infractions are common, while major infractions are punished with a 20-second suspension.

The history of water polo as a team sport began as a demonstration of strength and swimming skills in the late 19th century in the United Kingdom, on the rivers and lakes of England and Scotland), where water sports and races were a feature of village celebrations and festivals. The forerunner of water polo is a sports game that developed in 1869 thanks to the efforts of sports experts to add more liveliness to the monotonous swimming program. The match that took place then was very little like today's, but it attracted a larger number of young people. The game is called foot-ball in the water. Since the field was scoreless, the task of the players of one team was to place the ball on the opposing team's raft. The goalkeeper was standing outside the field of play and defended the goal by jumping on the opposing player who tried to place the ball on the platform. A year later, the London Swimming Association formed a commission with the task of drawing up the rules of the game. The first official match under the new rules was played in the Crystal Palace in 1874. Popularization was contributed by the Bournemouth Rowing Club, which in 1876 determined the size of the playing field of 50 yards and two teams of 7 players, one main and two assistant (line) referees. Water polo has been a rough sport from the start. This game was still more like rugby than today's water polo. Early versions of the game allowed for brutality, wrestling and holding an opposing player underwater to get to the ball. Hitting below the surface of the water between players who did not have the ball was common. The first rules of water polo were given by William Wilson in 1876 in Glasgow, where a match was played on the River Dee in which for the first time om�