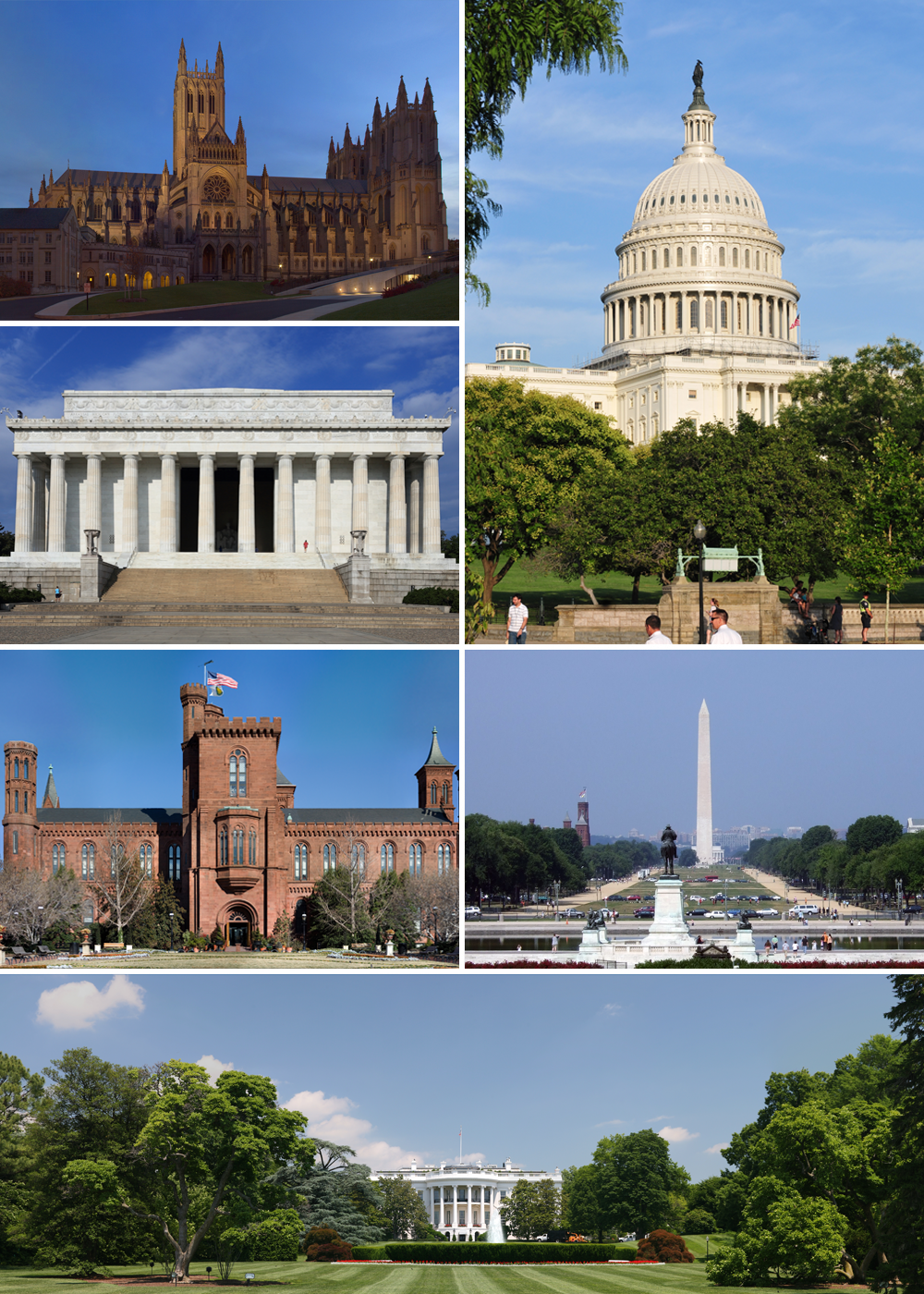 Washington, D.C. is the capital of the United States. It was named after George Washington, the supreme commander of the American army in the American Revolution and the first president of the United States. Washington is the seat of all three branches of the US federal government (executive, legislative and judicial), as well as the headquarters of most federal services. Washington is also the seat of the World Bank, the International Monetary Fund and the Organization of American States, as well as many other international and national institutions. Washington also has numerous American monuments, museums and sports clubs, so it is one of the main tourist destinations in the United States. In addition, the city's main promenade is often used for mass political demonstrations. In the US, the city is officially called Washington, D.C .. The abbreviation D.C. means District of Columbia, because the city is located in a special federal district governed by the city government, so in practice the city and the district coincide. According to the 2010 census, it had a population of 599,657. If we take into account the "metropolitan area" of Washington, which, in addition to the district, includes parts of Maryland, Virginia and West Virginia, then it has more than 4.7 million inhabitants.

The Algonquin Nakontchak tribe inhabited the area around the Anacostia River on the site of present-day Washington when the first Europeans arrived in the 17th century. However, the Indians were expelled from the area in the early 18th century. The settlement of Georgetown was built on the northern bank of the Potomac River, which received the status of a city from the Province of Maryland in 1751. The city will be included in the territory of the new federal territory, which will be established 40 years later. The city of Alexandria in present-day Virginia was also originally part of the county. An attack by a mob of outraged soldiers on Congress in Philadelphia, known as the Pennsylvania Rebellion of 1783, highlighted the government's need to take care of its own security. That is why the order for the establishment of the federal capital is given in Article 1, Section 8 of the US Constitution, which allows that "the district (not more than ten square miles), with the concession of individual states, as well as in accordance with