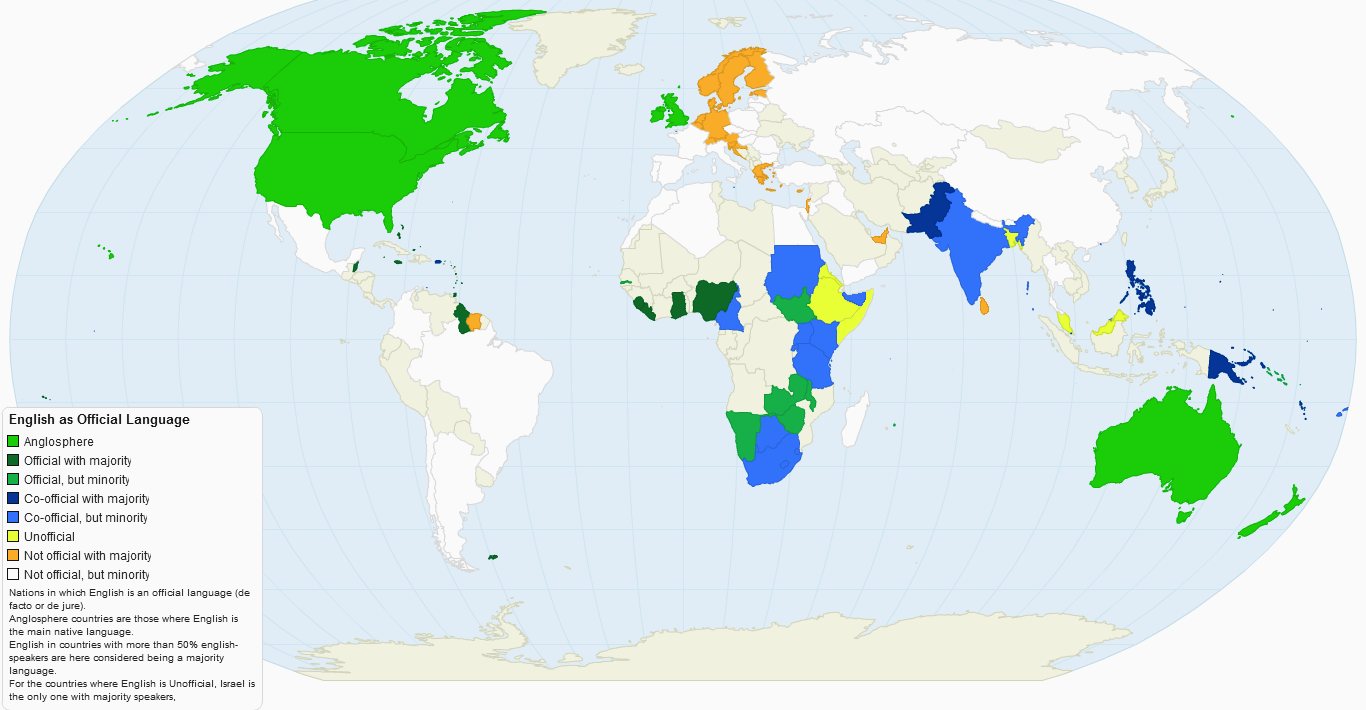 English (English or English) is a West Germanic language originating from England, and is also used as a mother tongue in other countries of the United Kingdom - Scotland, Wales, and Northern Ireland, in the Republic of Ireland, USA, Canada, Australia, New Zealand, South Africa, and many other countries. English is currently the fourth most widely spoken mother tongue in the world (after Chinese, Spanish and Hindu), with some 380 million speakers. century and even stronger US global influence during the 20th century. Due to the global influence of English in the world of science, art, television and on the Internet in recent decades, English is today the most widespread language taught as a second language in the world. Many students around the world are required to learn English, and knowledge of English is useful or even necessary for many occupations.

English is a West Germanic language that originates from languages ​​brought to Britain in the first half of the first millennium by German immigrants from various parts of northwestern Germany. Among these tribes were the Frisians, the English, the Saxons, and the Yiti. The original Germanic language then received the influences of two waves of invasion. First by speakers of the Scandinavian language of the Germanic family, who colonized parts of Britain in the eighth and ninth centuries. The second wave was made up of Normans in the 11th century, who spoke a variety of French. These two invasions made the English highly "creolized"; creolization arises from the cohabitation of speakers of different languages, who develop a hybrid language for basic communication. Cohabitation with the Scandinavians conditioned a significant grammatical simplification and lexical enrichment of the Anglo-Frisian core of English; the later Norman occupation led to the grafting of a more elaborate layer of words from the Romance branch of the European languages ​​into the Germanic core; this new layer entered English through use in the courts and in government. Thus English has evolved into a ‘lending’ language of considerable flexibility and a huge vocabulary. According to the Anglo-Saxon chronicle, around 449, Vortig�