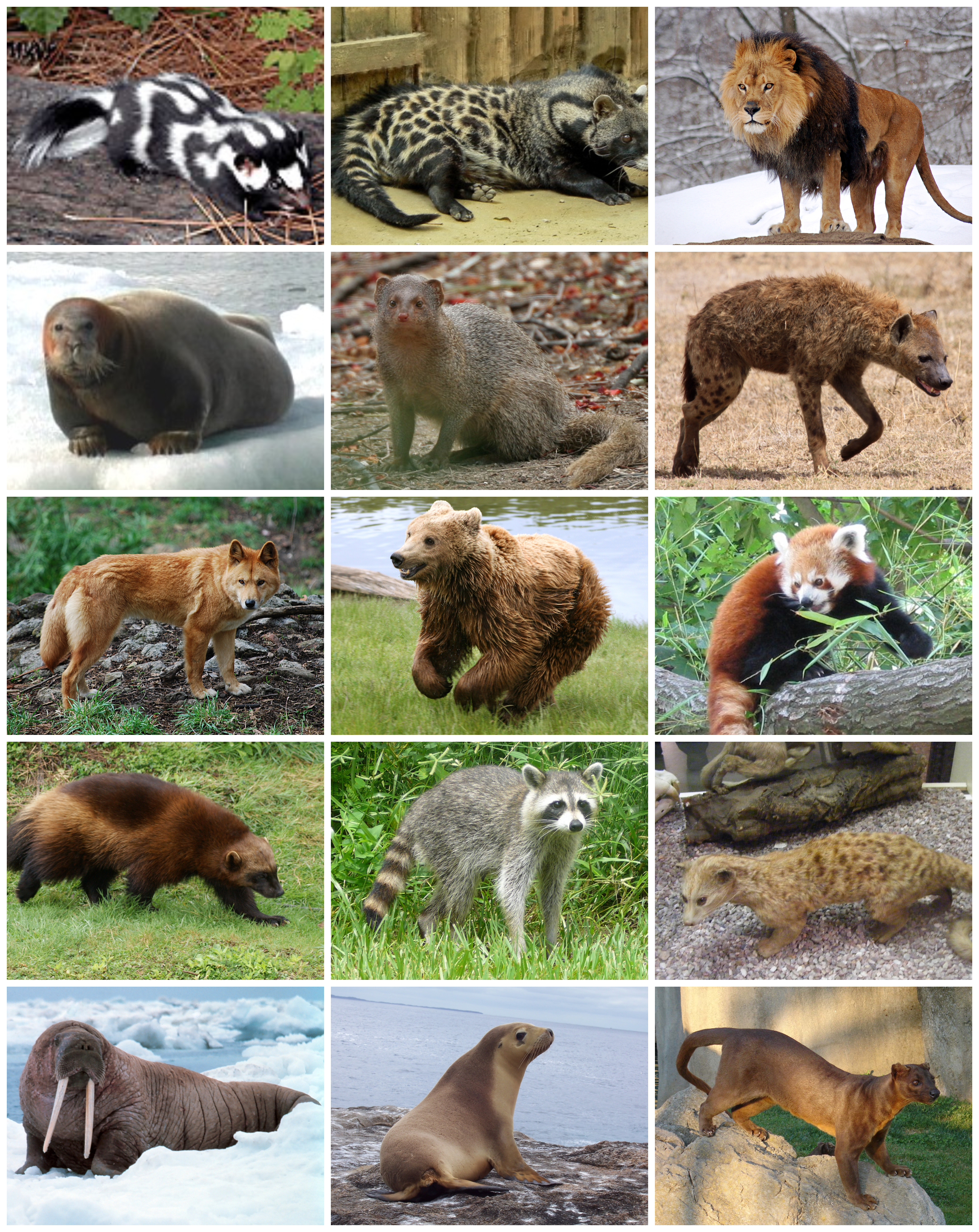 Beasts (lat. Carnivora, [Carnivora] — "carnivores") is an order of placental mammals and a monophyletic crown group within the Carnivoraformes clade. Animals are divided into two suborders: cat-like animals (lat. Feliformia) and psolike animals (lat. Caniformia). The technical name for members of this order of mammals is carnivores, while the term "carnivore" (which is often used for members of this group) does not necessarily refer to them, but to any other organism that feeds on meat.

In the Serbian language, as well as in other Slavic languages, the name of this order of mammals originates from the Old Slavic and Proto-Slavic word зверь (beast), which means wild animal.

In most animals, the teeth are heterodont in nature (i.e. they are of different shapes, as in most mammals), sharp and pointed, and serve to kill prey. However, some species and groups of animals do not have heterodont teeth, such as: in the hyena wolf, the teeth are very reduced, and the teeth on the part of the cheek are specialized for a diet based on insects; in flippers, the teeth are homodont (i.e. they are of the same shape), because they are adapted to catching fish (some types of flippers do not have teeth on the cheek at all). The fangs of animals are generally long and thick, conical in shape, very noticeable and resistant hard on pressure. All types of terrestrial animals have three pairs of incisors in the upper and lower row of teeth, except for the sea otter, which has two pairs of incisors in the lower row of teeth. The molars are of the bunodont type with sharp cusps, and are used for tearing and grinding meat.