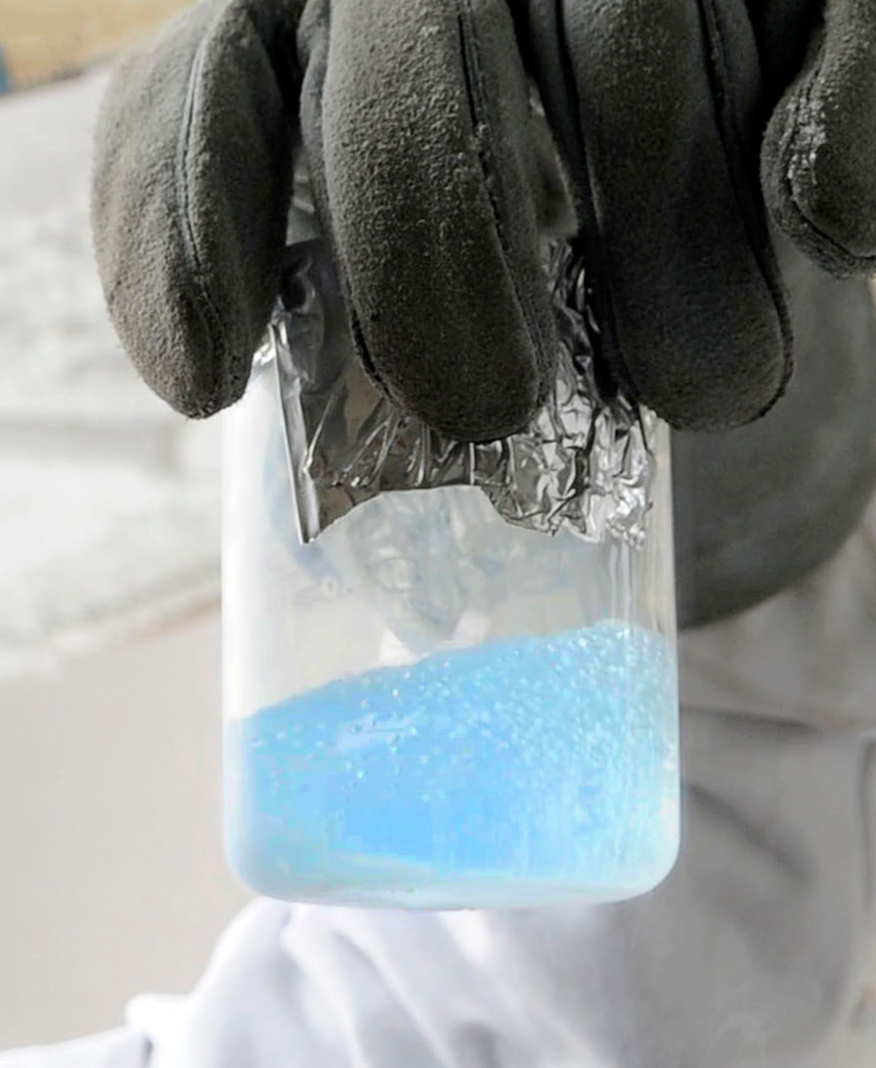 Oxygen (lat. Oxygenium, from the Greek ὀξύς ‚oxys - sharp, acidic and γεννάω‚ gene - that creates, ie the one that creates acid) is a chemical element denoted by the symbol O and has atomic number 8. In the periodic table it is located in the sixth main group, ie it belongs to chalcogenic non-metals. It is the most widespread element in the Earth's crust with a share of 48.9% to 49.4%, or about 30% by weight, making it the second most common after iron. It also makes up 20.8% of the Earth's atmosphere. In its elemental form, oxygen predominantly appears as a covalent homodimer, i. as a compound of two atoms of summary formula O2, meaning molecular oxygen, dioxygen or dioxygen. It is a colorless gas without odor and taste, and in clean air it is represented by about 20.942%. It is necessary for combustion and corrosion. It is needed for the life of almost all living beings on Earth. It is created by plants in the process of photosynthesis, but they also consume it for respiration, although to a lesser extent in relation to the amount they produce by photosynthesis. For respiration, plants take oxygen directly from the air or by resorption from water (dissolved oxygen). In high concentrations, oxygen is poisonous to most living things. A metastable, highly reactive allotropic form of oxygen with three oxygen atoms O3 is called ozone. Atomic oxygen, ie oxygen in the form of free, individual atoms, is stable only under extreme conditions, for example in a vacuum in space or in hot atmospheres of stars. It has a certain significance as an intermediate in many reactions in the chemistry of the atmosphere. Stable isotopes are 16O, 17O and 18O

Swedish-German chemist Carl Wilhelm Schiele in 1774 and English chemist Joseph Priestley in 1771, independently of each other, discovered and isolated oxygen as part of the study of combustion. From the Stone Age to the Middle Ages, fire was very important to humans as a gift from heaven. . Through the appearance of fire, various beliefs emerged, from naturalistic ancient philosophers to alchemists. Fire was one of the basic ingredients in the teaching of the four basic elements. In the 17th century, the belief in the existence of an easy mysterious ingredient or substance arose. This ingredient called phlogiston allegedly came out of combustible material, so heat was considered matter