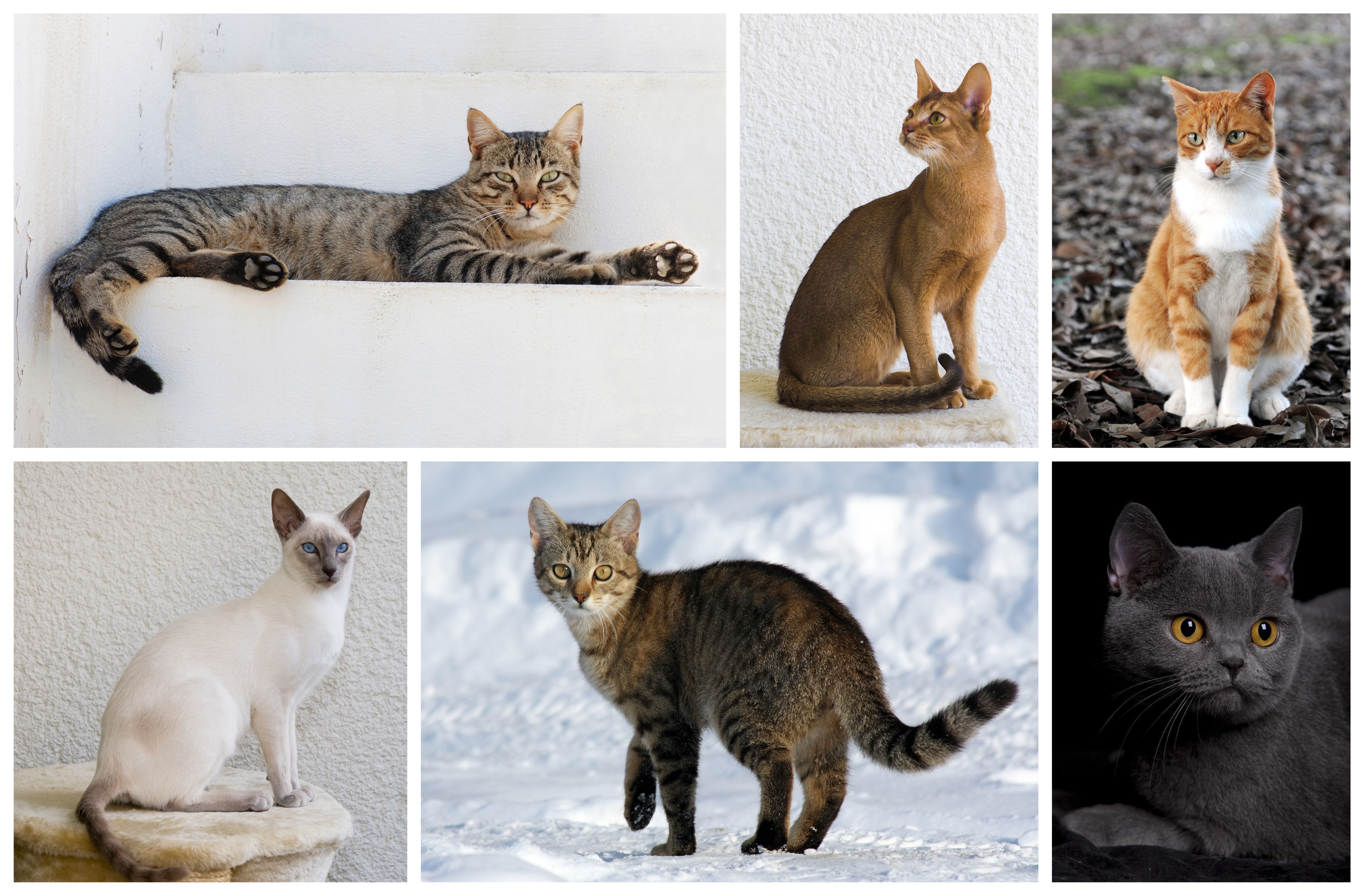 A cat, also called a domestic cat or domestic cat (lat. Felis catus), is a small carnivore, a species of mammal from the genus Felis. It is believed that its ancestor was the African wild cat (Felis silvestris lybica). Cats have lived in a close relationship with humans for at least 9,500 years. The science that studies cats is called felinology. There are many different breeds of cats, some of which are tailless or hairless as a result of mutations and come in different colors. They are skilled predators and are known to hunt over 1,000 different species of animals for food. They are very smart. Some of them can be taught, or even teach themselves, to operate simpler mechanisms, such as door handles or faucet handles. They communicate by voice (meowing), purring, snorting, growling, clicking, and with about a hundred other sounds, as well as body language. Cats that live in groups use a combination of vocalizations and body language to communicate with each other. Since cat domestication is relatively recent, cats can also live independently in the wild, often forming smaller colonies. The connection between humans and cats has led to its appearance in the mythology and legends of many cultures, including ancient Egyptian, Chinese and Norse. A common belief was that the cat was domesticated in ancient Egypt, where it was a cult animal. However, a 2007 study found that all the lineages from which domestic cats are descended descended from a few (up to five) self-domesticated African wildcats (Felis silvestris lybica), from the Middle East around 8000 BC.

The domestic cat was named Felis catus according to Linnaeus' nomenclature from 1758. Johann Christian Daniel von Schreber named the wild cat Felis silvestris in 1775. The domestic cat is now considered a subspecies of the wild cat: according to the strict rule of the International Code of Animal Nomenclature, the species name should be F. catus since Linnaeus was the first to use it. However, in practice, almost all biologists use F. silvestris for wild species, and F. catus only for the domestic cat. According to the 2017 opinion (published in Volume 60, Part 1, Bulletin of Zoological Nomenclature, March 31, 2003) of the International Commission on Animal Nomenclature, "the use of 17 different names based on wild species, which arose before or simultaneously with those based on n