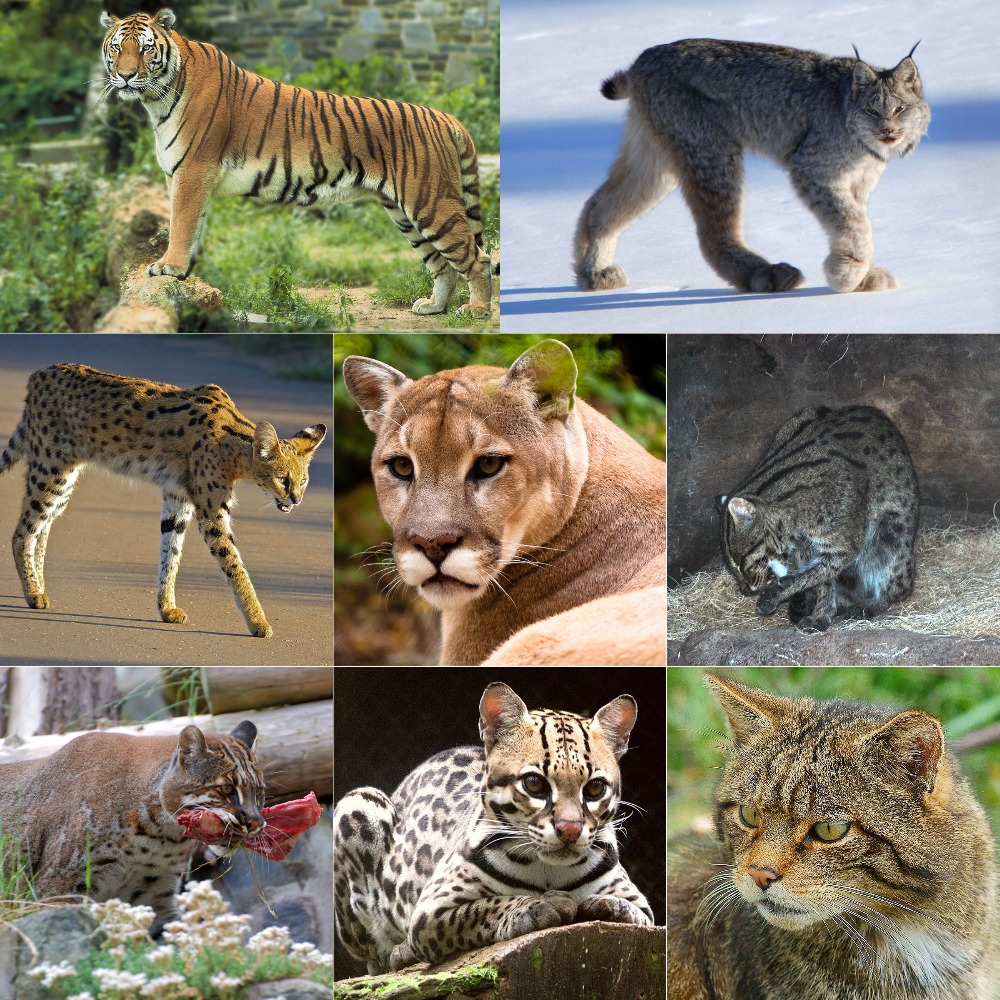 Cats (lat. Felidae) are a family of mammals from the order of beasts, which includes 41 modern species. Certain species are well known as extraordinary predators (tiger, cougar, lynx, lion), and this family also includes the domesticated cat, a common pet. Most species from the cat family are very similar in appearance (habitus) to domestic cats. The natural range of the cat family includes the Old World and the Americas. Subsequently, due to human activity, cats were spread to the territory of Australia and Oceania.

Species from the cat family have a supple body with strong legs, soft fur and relatively small and short skulls with erect and movable ears. Their dental row is reduced, with well-developed tearing teeth. The claws on the feet of most species are retractable. The adaptations of the eyeball in cats enable good night vision. The dental formula of the cat family is: Most species have a diploid chromosome number of 2n38, with the exception of some South American representatives with 2n36.

The cladogram shown below represents the phylogenetic relationships of the cat family.