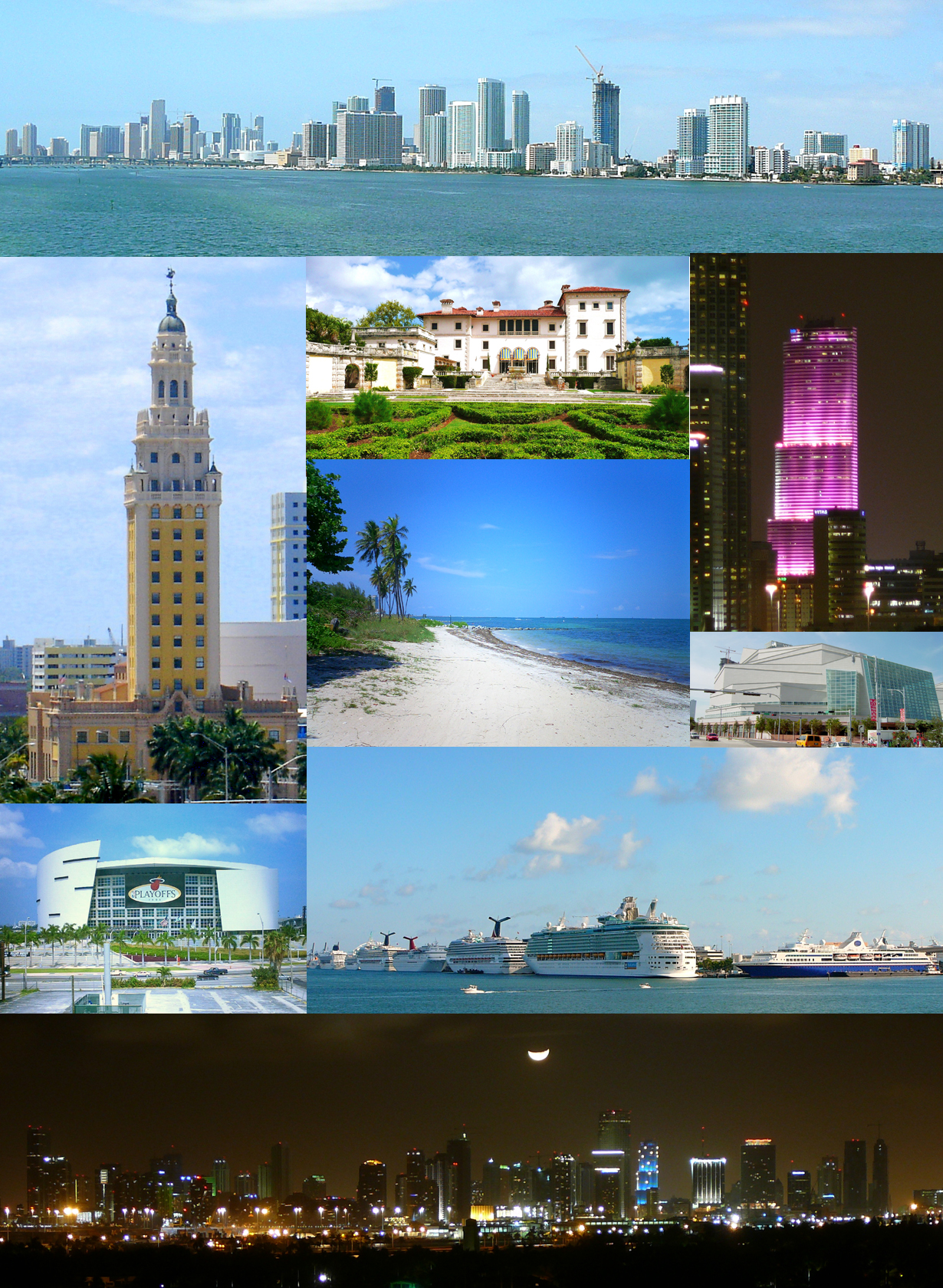 Miami is a city located in the southeastern part of the US state of Florida. Miami is the second largest city in Florida, but also the largest city and the seat of Miami-Dade County. It is also the largest city in the South Florida metropolitan area, which consists of Miami-Dade, Broward, and Palm Beach counties, and the largest metropolitan area in the southeastern United States. Miami was officially founded as a city on July 28, 1896 with a population of slightly more than 300 inhabitants. In 1940, the city had a population of 172,172, and as of the 2000 census, the city had a population of 362,470 while its greater metropolitan area had a population of more than 5 million. According to the 2010 census, it had 399,457 inhabitants. The large increase in the number of inhabitants in recent years is the result of migration within the USA, as well as immigration. The greater Miami area is a place where many cultures meet and is strongly influenced by a large population of ethnic Latin Americans and Caribbean Islanders, many of whom are native Spanish and Haitian speakers. The importance of the region as an international financial and cultural center has raised Miami to the status of a world city, and along with Atlanta, the city is one of the most important business centers in the southeastern part of the USA.

Miami as a city was officially founded on July 28, 1896, while the area where the city was founded was inhabited for more than a thousand years by the Tequesta Indians, and that area was appropriated to Spain in 1566 by Pedro Menendez de Aviles. The Spanish mission was built a year later. In 1836, Fort Dallas was built where fighting took place during the Second Seminole War. During the 1920s, the population began to grow and infrastructure was built. By 1940, Miami had a population of 172,172. The rapid development of the city begins with the arrival of the railway. Local citrus grower Julia Tuttle convinced railroad magnate Henry Flagler to build a railroad all the way to Miami. On July 28, 1896, Miami was officially declared a city with over 300 inhabitants. The rapid growth of the city that began in the 1920s was disrupted by real estate crises, the hurricane of 1926 and the Great Depression of the 1930s. At the beginning of the Second World War, Miami played an important role in the fight against German sub-powers because of its location