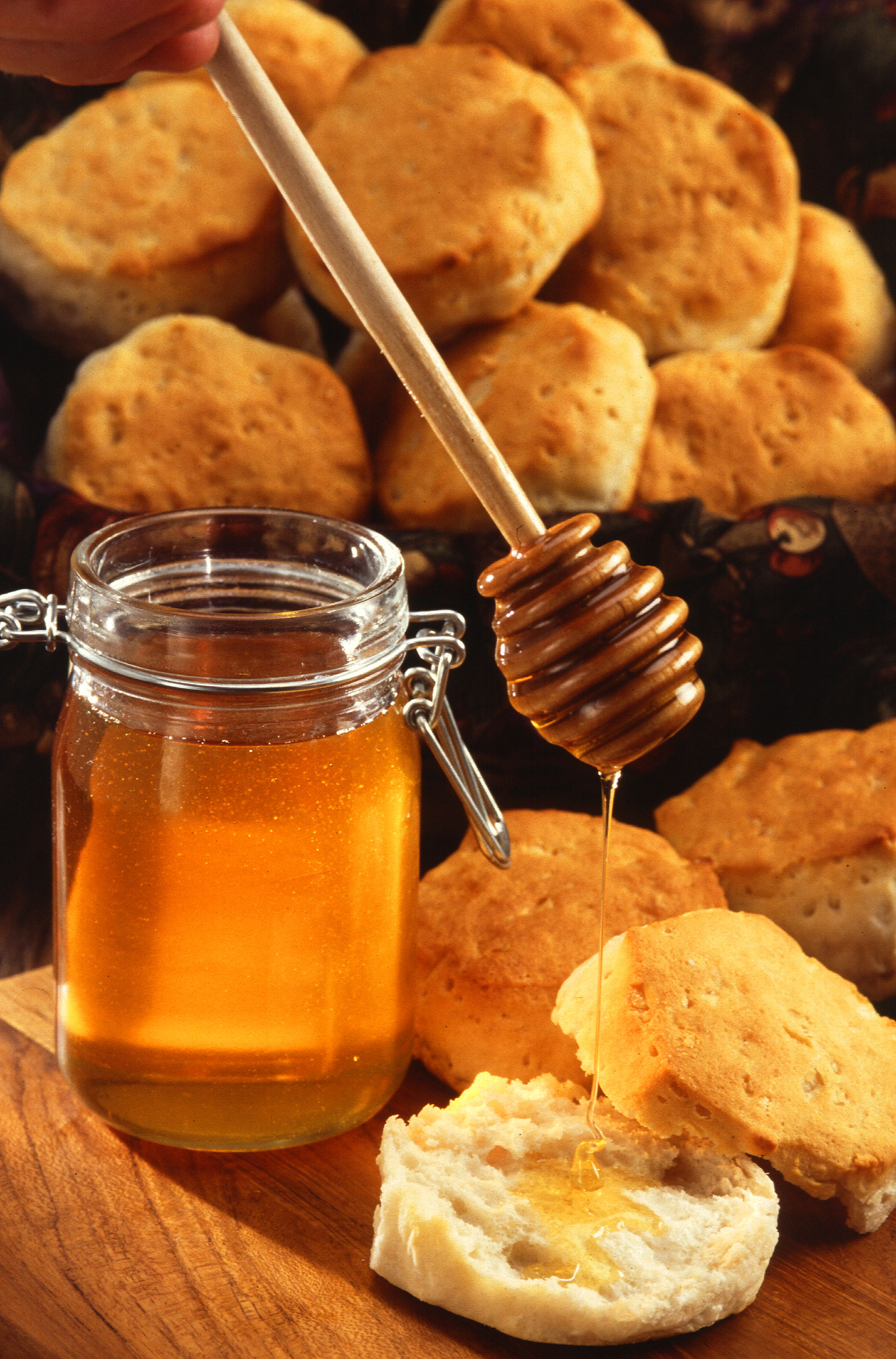 Honey is a thick sweet syrupy substance, a product of honey bees (lat. Apis mellifera or Apis mellifica) obtained from collected fruit and other juices processed in the bee's stomach. The extracted juice deposited on the covered honeycomb is converted into honey by chemical reactions. According to the types of plants from which it is obtained, honey is classified into monofloral (honey obtained from only one type of plant, for example, acacia) and polyfloral honey (honey obtained by collecting nectar from several plant species, such as meadow honey, forest honey, etc. .). Honey is the most important bee product, known in human nutrition since prehistoric times. By definition, honey is a pure product in which there are no additives of any other substance. Honey gets its sweetness from the monosaccharides fructose and glucose, and has the same relative sweetness as granulated sugar. It has attractive chemical properties for baking and a special taste, which is why some people prefer honey to sugar and other sweeteners. Most microorganisms do not grow in honey, so sealed honey does not spoil, even after several thousand years. However, honey sometimes contains dormant endospores of the bacterium Clostridium botulinum, which can be dangerous for babies, because it can lead to botulism.

The first signs of the use of honey appear in Sumerian and Babylonian texts written in cuneiform. Initially, it was used as a ritual tool in watering the thresholds of houses and altars. In a mixture with wine, honey was used for pouring wedges on sacred buildings. Honey is also mentioned in the Bible, the Koran and in the writings of many Greek writers. In Egypt, honey was used for embalming. It was used as a sweetener in a large number of households. Due to its preciousness, it also served as a means of payment, and it was believed that animals fed with honey were a special gift to the gods. In ancient Greece, honey was most often used as a gift to the gods and souls of the dead. The Greeks considered Medovina, an alcoholic drink with honey, to be the sacred drink of Olympus. In Europe, honey was most often used for food, making plasters and beverages, and as a medicine. In Germany, beer was sweetened with honey during the 11th century, and German feudal lords paid their tribute in beeswax and honey. On the American continents, the colonization of Spain in the 16th century revealed that they were among