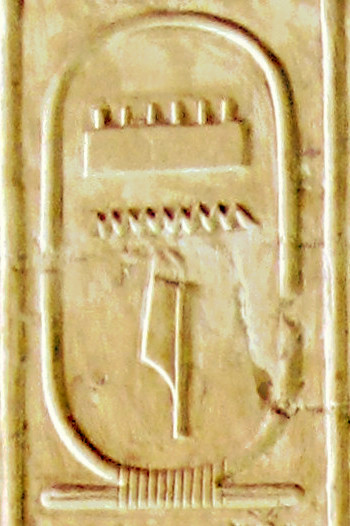 Menes was an Egyptian pharaoh from the first dynasty, according to some historians and the founder of that dynasty. He lived around 3100-3000. p. n. e. According to legend, Menes is responsible for uniting Upper and Lower Egypt into a kingdom. Manetho calls him Menes, Herodotus calls him Min, and according to some lists of kings from the time of the nineteenth dynasty, his name is Meni. The discovery of Narmer's palette, at the end of the 19th century, led to some disagreements. Namely, it shows King Narmer holding the united symbols of Upper and Lower Egypt. That is why some Egyptologists claim that Narmer and Menes are the same person, others claim that Menes inherited an already unified empire from Narmer, while some claim that Narmer started and Menes completed the process of unification. While there is archaeological evidence that there was a pharaoh Narmer, there is no evidence that there was a Menes. So it becomes more and more likely that Menes is in fact Narmer. According to Manetho, Menes was killed by a hippopotamus at the age of 62.