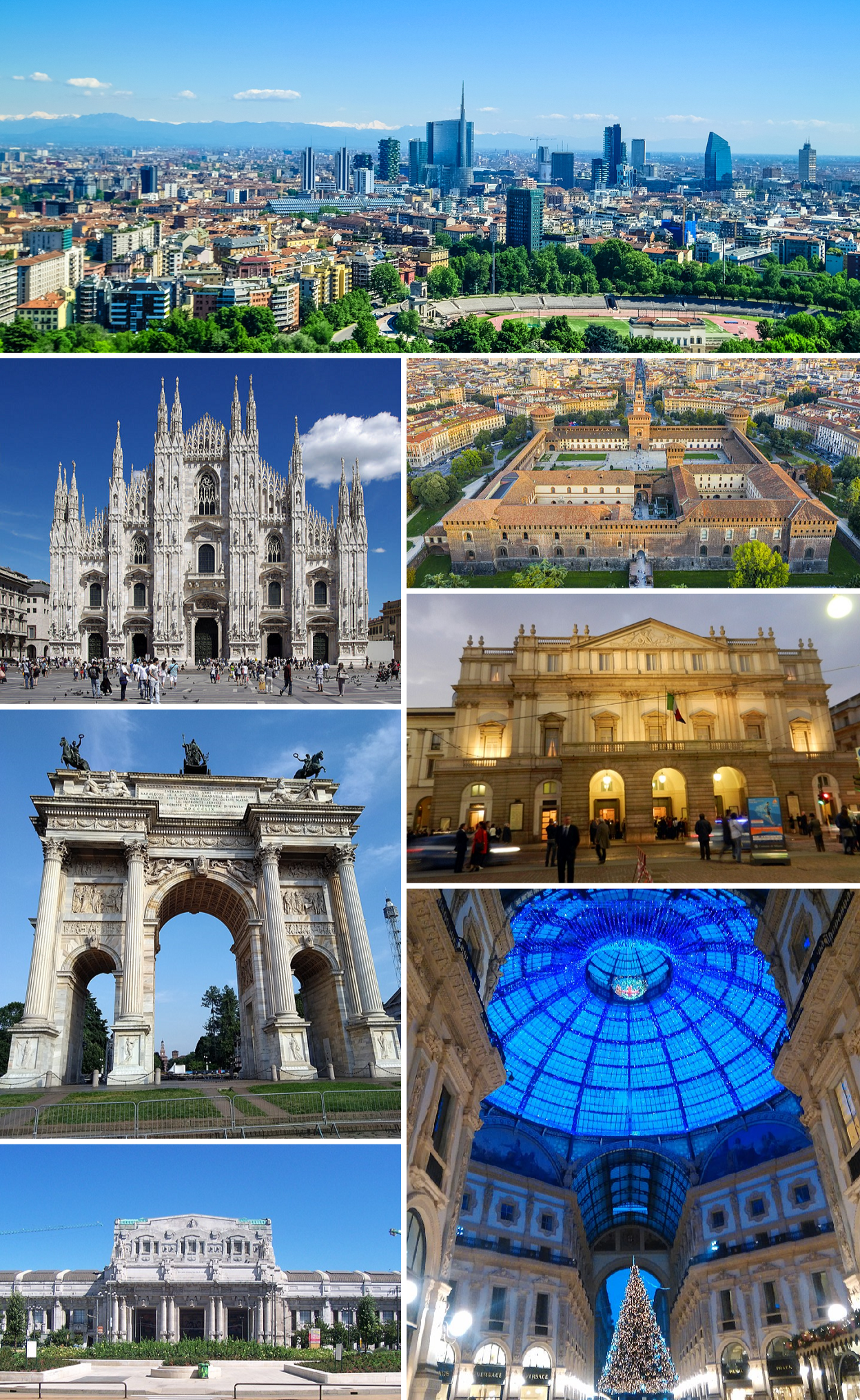 Milan (Italian: Milano, Lombard: Milan, from Celtic: Mediolanum) is the second largest city in Italy, the capital of the district of Milan and the region of Lombardy in northern Italy. Milan is considered the "economic heart" of Italy. The city is also a world-famous economic, fashion and media center. Milan is famous for its Gothic cathedral, the opera "Milan Scala" and its great architectural and artistic heritage. In the world, Milan is best known as one of the centers of world fashion (Milan Fashion Week), along with Paris, Tokyo and New York.

Milan is located in the northern part of Italy, in the central-western part of the lowlands of the river Po, between the rivers Ticino and Ada, and also between the river Po and the southernmost slopes of the Alps. The city is on a flat terrain, but the first hills and hills begin immediately to the north. Milan has no access to the sea or the river, and the nearest seaport is Genoa, 145 km south. The city is 585 km north of the capital Rome, and 130 km west of the first major city, neighboring Turin. Although Milan has not developed as a city on the river, it cannot be said that watercourses are not present. Thus, the city area is surrounded by the rivers Olona in the west and Lambra in the east. Numerous canals connect the city with the lakes in the north and the rivers of Lombardy. The area of ​​the city area is 181 km², while the altitude is 122 m.

Milan is located in a humid subtropical climate (according to Köppen's Cfa classification) with some characteristics of the continental climate. This is common for the inland plains of northern Italy, where hot humid summers and cold humid winters with snow predominate, in contrast to the Mediterranean climate characteristic of the rest of Italy. Therefore, Milan's climate is humid, and fog and smog are considered regular occurrences. Average temperatures are -4 / + 6 ° C in January and + 15 / + 28 ° C in July. Snowfall is relatively common in winter, although it has decreased in frequency and volume in the last 15-20 years. The historical average in the Milan zone is between 35 and 45 cm; Occasionally there is some snowfall of over 30-50 cm in 1-3 days, with a record 80-100 cm during the famous snow in January 1985. Humidity is quite high throughout the year and annual precipitation is around 1000 mm. According to the stereotypical image, the city is often covered with fog characteristic of the Po river basin, although the removal of rice �