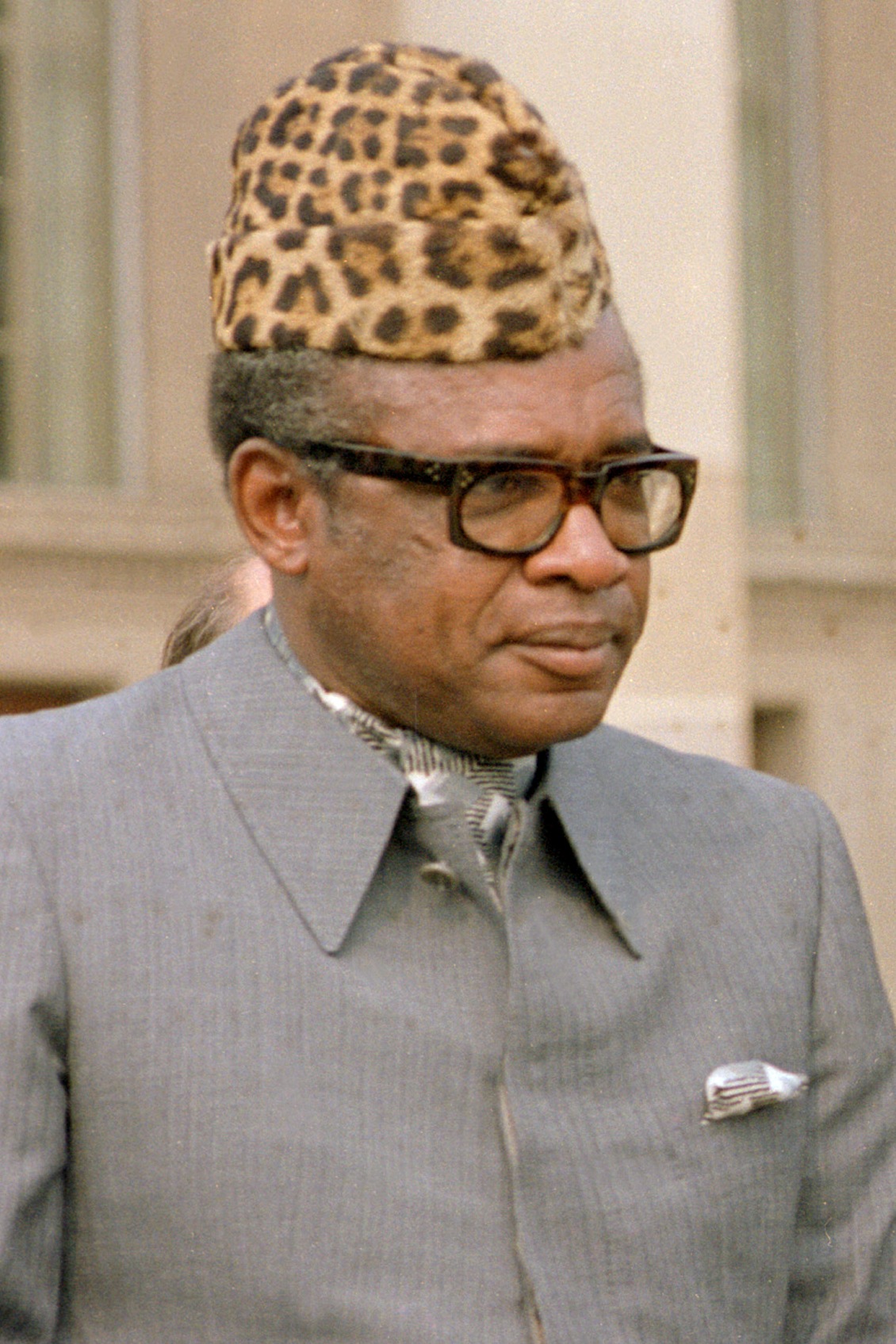 Mobutu Sese Seko (French: Mobutu Sese Seko Nkuku Ngbendu wa Za Banga; Lisala, 14 October 1930 - Rabat, 7 September 1997), born Joseph-Désiré Mobutu, was President of Zaire (now: Democratic Republic of the Congo) for 32 years, in the period 1965-1997. He came to power by overthrowing Joseph Casavubu. In politics, he relied on the United States and acted as an anti-communist dictator during the Cold War in Africa. He was famous for his enormous personal enrichment at the expense of the economy and exploitation of his country's resources. It is estimated that he took about 5 billion dollars out of the country to personal accounts abroad. According to this, Mobutu Sese Seko is the most corrupt politician in the history of Africa.

Mobutu was born in the city of Lisala in the then Belgian Congo, in a family that belonged to the Ngbanda ethnic group. His father, a cook, died early and was raised by his mother, a hotel maid by profession. After receiving his earliest education at a Catholic missionary school, at the age of 19 he joined the Force audience, the Belgian colonial army, and acquired the rank of sergeant there. He later went to Leopoldville and worked as a journalist for the local newspaper L'Avenir. There he met Patrice Lumumba and joined his nationalist party, the Congolese National Movement, which advocated independence from Belgium. When Congo gained independence on June 30, 1960, Mobutu was appointed chief of staff of the new Congolese army. For the next few months, he played a significant role in the Congolese crisis, and on September 14, 1960, he staged a coup that overthrew Prime Minister Lumumba, and a few months later extradited him to the authorities of the secessionist province of Katanga, where Lumumba was assassinated. Mobutu thus gained the support of the United States and Western powers, which will serve him even after he formally took power in 1965. By then, the Congolese crisis was more or less over, and Mobutu, proving to be an extremely skilled politician, became one of the longest-serving state leaders in Africa. As an ardent anti-communist, he enjoyed the support of the West, but since 1971 he has hidden it with African nationalism, that is, a policy that banned Western names and clothes. As part of that policy, the Congo changed its name to Zaire. Mobutu also built a cult of personality, but also the ideology of mobism, which