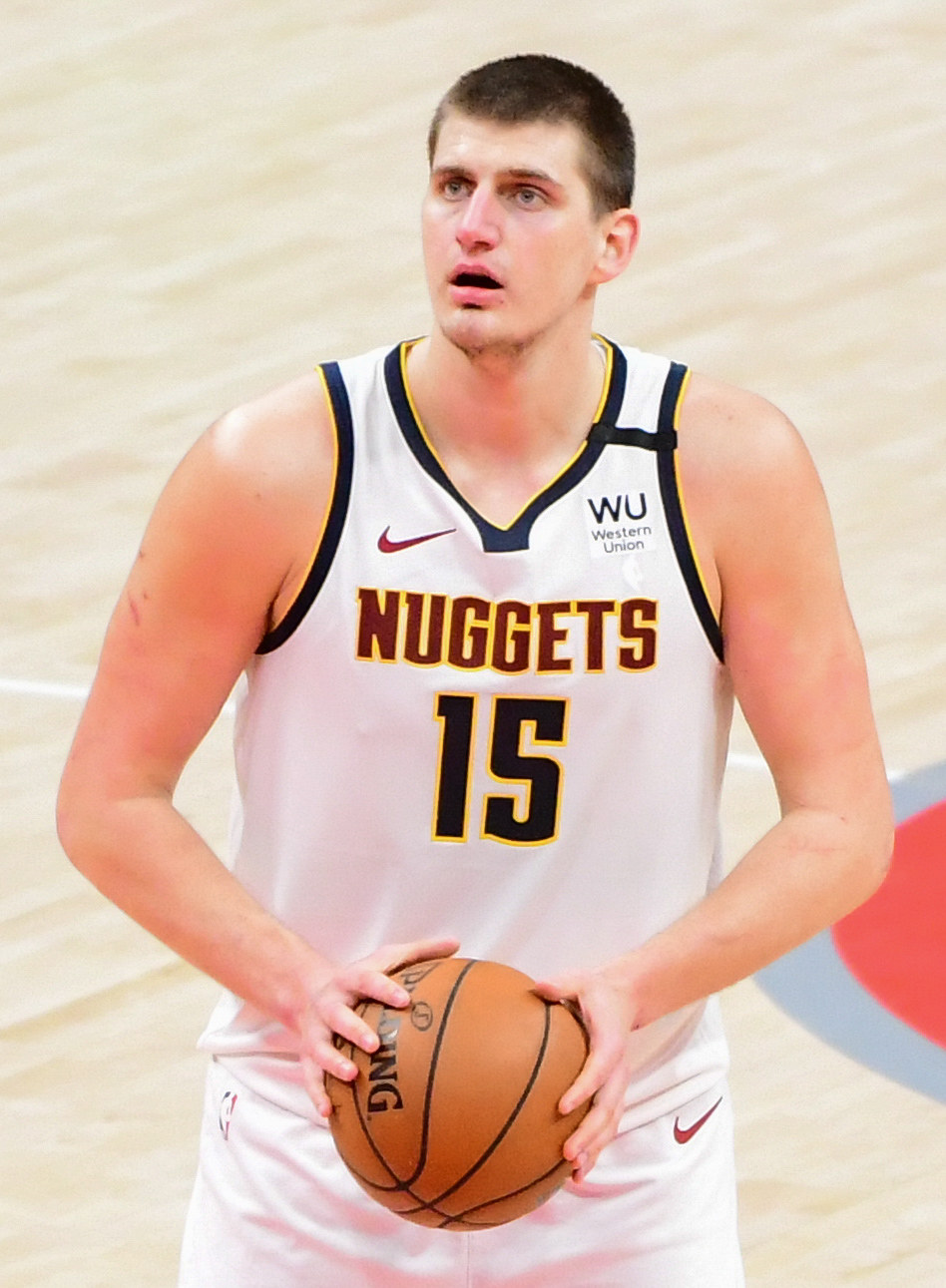 Nikola Jokić (Sombor, February 19, 1995) is a Serbian basketball player. He plays in the center position and currently plays for the Denver Nuggets. The first is a Serb who was named the most useful player in the NBA league. He won the award for the best basketball player in the strongest league in the world twice in the 2020/21 seasons. and 2021/22. He played for Mega Leks for three seasons and was named the most useful player in the Adriatic League. He was selected in the second round of the 2014 NBA Draft as the 41st in a row by the Denver Nuggets with whom he signed a contract in July 2015. The Basketball Association of Serbia awarded Jokić the award for the best Serbian basketball player in 2018. In 2019, he was chosen to play in the All-Star Game for the first time. As the leader of the franchise, he won the playoffs in the 2018/19 season, and after ten years, Denver passed the first round of the playoffs. He was selected in the top five of the NBA League three times, in 2019, 2021 and 2022. Jokic achieved the fastest triple-double in the history of the NBA league in just 14 minutes and 33 seconds spent on the field. He also became the European basketball player with the largest number of triple-double matches and entered among the 10 best players in this parameter in the history of the NBA League. He won a silver medal with the senior national team of Serbia at the Olympic Games in Rio in 2016.

Jokic played in the younger categories in the jersey of Vojvodina Srbijagas. He shone in the jersey of Vojvodina in the HEBA Junior League of Serbia. In ten matches in the Novi Sad red and white jersey, he scored 25.6 points and 11.9 rebounds, with an average success rate of 32.9. The invitation of Mega Vizura followed, with which he reached the semifinals of the HEBA League and the finals of the Euroleague qualifying tournament in Belgrade. Jokic received MVP awards in the league part and in the tournament of the eight first-placed Junior League, while in the Euroleague competition he had to settle for the ideal five of the tournament. At the end of the season, he was transferred to the senior team of Mega Vizura.

He started his professional career in the Mega Vizura jersey in the 2012/13 season. He was the most useful player of the 4th round of the Development League of Serbia in the match against FMP with 26 points, 13 rebounds and five assists. In the following 2013/14 season, he spent many more minutes on the field for the senior team. He played 25 games in the Adriatic League, averaging 1