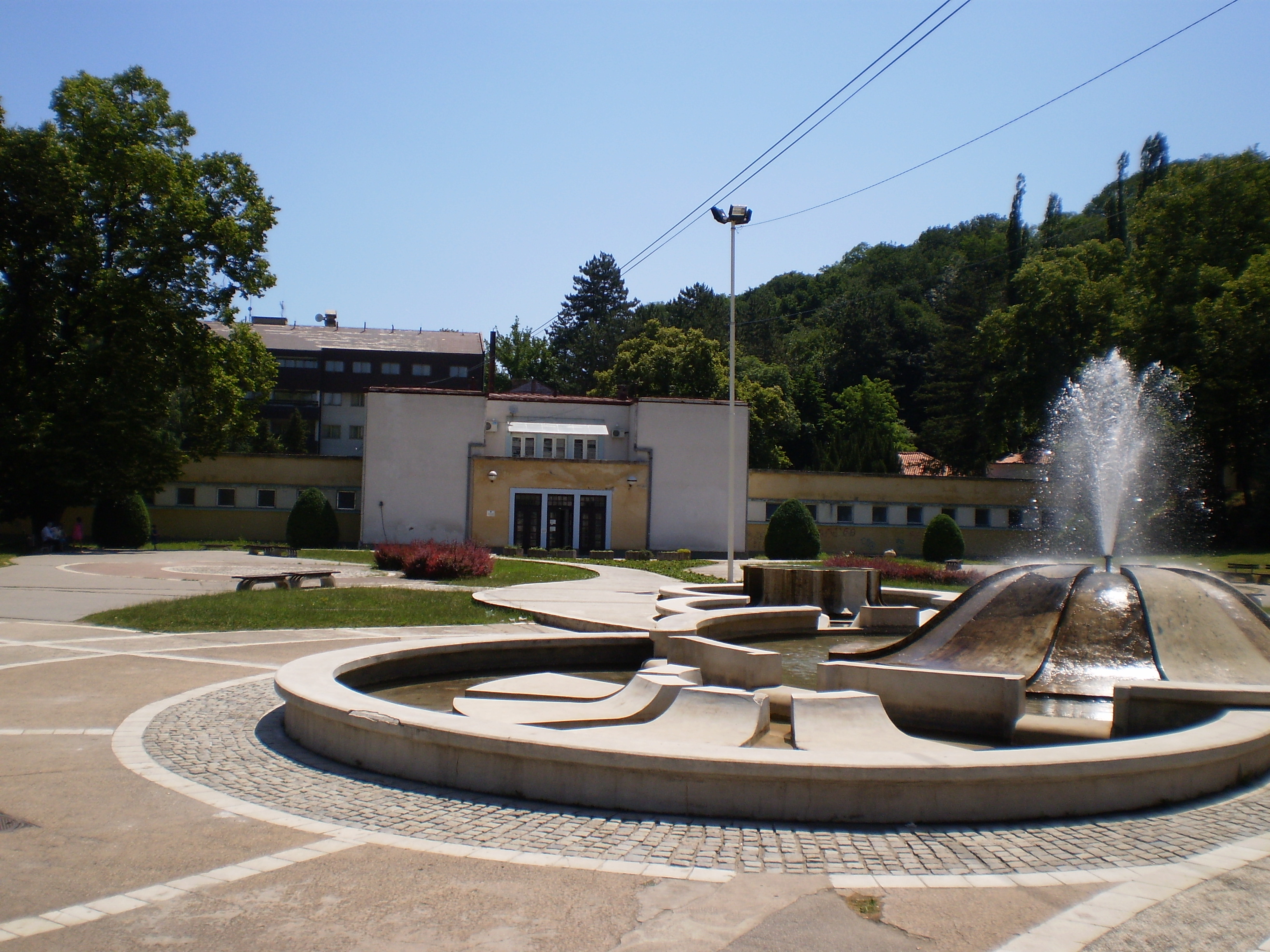 Niška Banja is a city settlement in the city municipality of Niška Banja in the area of ​​the city of Niš in the Nišava district. According to the first results of the 2011 census, there were 4,380 inhabitants in the spa, according to the 2002 census, 4,437 inhabitants, and according to the 1991 census, 4,179 inhabitants. Niška Banja belongs to the II group of the most developed spas in Serbia together with Banja Koviljača, Bukovicka Banja and Mataruška Banja, which, individually, realize over 100,000 overnight stays a year, with a relatively developed spa function, solid material base and favorable position (close to communication routes, urban settlements). and other factors). Natural healing factors in Niška Banja are mild, temperate-continental climate, thermo-mineral waters, natural mineral mud and healing gases. Medicinal waters, which spring from five springs ("Glavno vrelo", "Suva banja", "Školska česma", "Banjica" and "Pasjača"), belong to the group of alkaline earth homeotherms (36-38 ° C), slightly mineralized, weakly radioactive with a capacity of 56 liters per second.

Niška Banja is located in the southeast of Serbia, next to the highway Belgrade-Niš-Sofia-Istanbul (or the Nišava-Marička highway), 10 km from Niš and 250 km from Belgrade. Niška Banja lies on the geotectonic border of the crystalline Rhodope mass and the limestone mountains of eastern Serbia, and the junction of large valleys of the Balkan Peninsula on the southern edge of the vast and shallow Nis valley, at the foot and on the slopes of Koritnjak, hill of the same name (808 m) and village. under the name Koritnik, an integral part of the composite Nisava Valley and the northwestern branch of Suva planina (1,810 m), at the northwestern foot of Crni kamen (867 m), one of its peaks. The area of ​​the area where Niška Banja is located is 6.43 km². This area borders with the settlements of Prva Kutina on the west, Brzi Brod on the northwest, Malča and Gornja Vrežina on the north, Radikina Bara (with the abandoned village of Koritnjak) on the south, Rautovo (only in a narrow belt in the stretch "Monastery") on the southeast and Jelasnica on the east side. The spa infrastructure is located on a wide and slightly sloping terrace (formed during the geological past, the accumulation of bigra and the work of the fluvial and denudation process) at the foot of the limestone b�