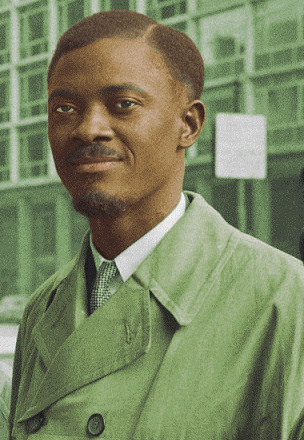 Patrice Lumumba (July 2, 1925 - January 17, 1961) was the first Prime Minister of the independent DRC in 1960 and the founder of the Congolese National Movement. After the military coup in 1960, Lumumba was unconstitutionally removed and placed under house arrest in Leopodville on December 1. On January 17, 1961, he was brutally murdered. After the murder of Patrice Lumumba, large demonstrations were held in Belgrade in protest, which turned into riots. One of the student dormitories and one street in Belgrade, Nis, Subotica, Smederevo and Zajecar are named after him. Patrice Lumumba was married and had five children. It remained a symbol of the struggle of African peoples against colonialism, very similar to Che Guevara.