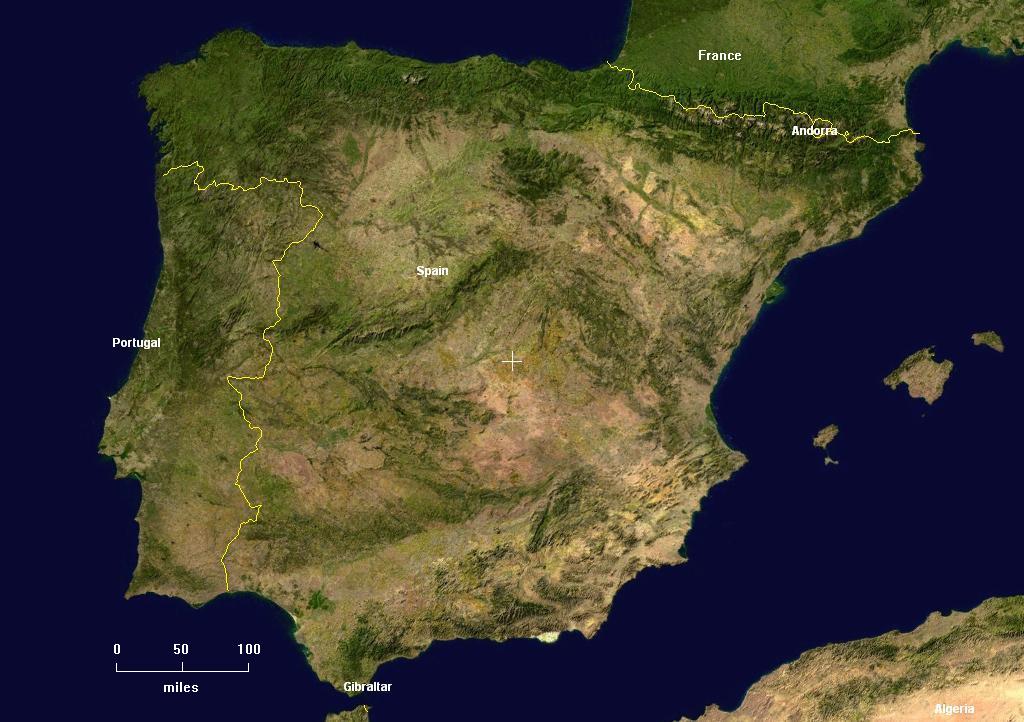 The Iberian Peninsula is a peninsula located in the extreme southwest of Europe. It is separated from the rest of Europe by the Pyrenees mountain range, after which it got its name. It is also known as the Iberian Peninsula (or Iberia), which comes from the name of the people who inhabited a part of the peninsula (Iberia) in the ancient past. Today, it includes the states of Spain, Andorra and Portugal, the British overseas territory of Gibraltar and a small part of France (French Cerdanya).

The Iberian Peninsula is the westernmost of the three southern European peninsulas (Iberian, Apennine and Balkan). It stretches between Capes Punta de Tarifa in the south and Punta de Estaca de Bares in the north, and between Capes Cabo da Roca in the west and Cape de Kreus in the east. It is surrounded on the north and west by the Atlantic Ocean and on the south by the Mediterranean Sea. To the northeast is the Pyrenees mountain range, which forms the natural border between the Iberian Peninsula and the rest of Europe. The narrow Strait of Gibraltar separates the peninsula from the coast of Africa in the south. The area of ​​the Iberian Peninsula is about 582,000 km2, which makes it the second largest peninsula in Europe. The length of the coast is 3,313 km, of which 1,660 km is the Mediterranean coast and 1,653 km is the Atlantic coast. The largest part of the peninsula (about 2/3) is occupied by the Central Mezeta plateau, built of Precambrian and crystalline rocks and old limestone. The eastern part of Spain and the southern part of Portugal have a Mediterranean climate, the parts facing the Atlantic Ocean have an oceanic climate, and the interior is dominated by a continental climate.