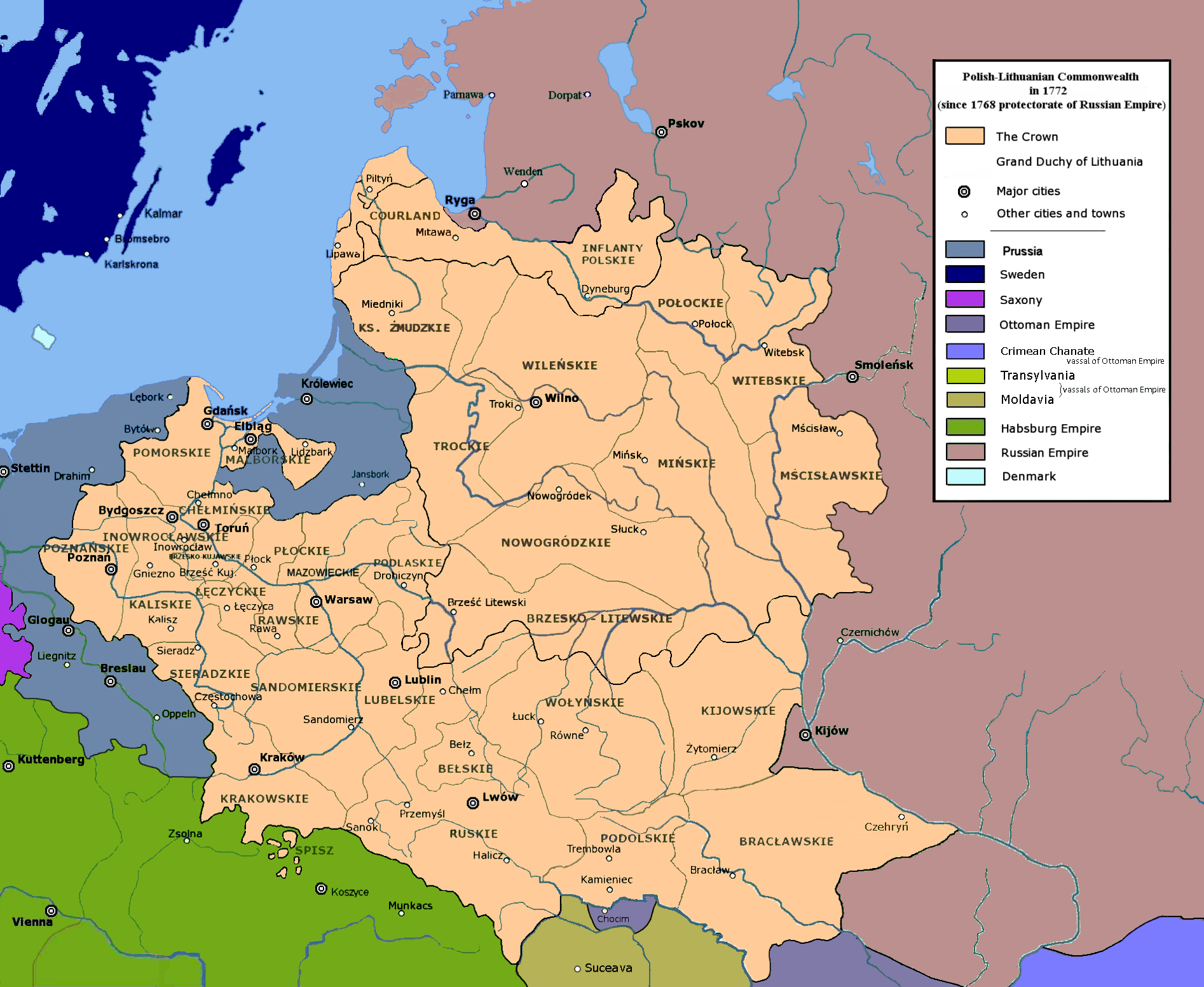 The partitions of Poland were three divisions of the State Union of Poland and Lithuania that took place at the end of the 18th century and ended the existence of the state. The partitions were carried out by the Habsburg Monarchy, the Kingdom of Prussia and the Russian Empire, which gradually divided the State Union in the process of territorial occupation and annexation. The first partition of Poland was decided on August 5, 1772. Two decades later, Russian and Prussian troops re-entered Poland and a second division was signed on January 23, 1793, in which Austria did not participate. The third partition of Poland took place on October 24, 1795, in response to the unsuccessful Polish Kościuszko uprising of the previous year. With this division, the State Union of Poland and Lithuania ceased to exist. Two different words of different meanings are used for the Serbian term "division of Poland" in the Polish language. The word rozbiór (plural rozbiory) is used for successive acts of division and annexation of Poland, while the term zabór (plural zabory) means any part of Poland annexed from 1772 to 1795 that becomes part of Russia, Prussia or Austria. After the Congress of Vienna in 1815, the boundaries of the divided sectors were redrawn; Austria founded Galicia in the Austrian part, while Russia got Warsaw from Prussia and formed an autonomous political Congress Poland in the Russian part. In Polish historiography, the term "fourth division of Poland" is also used, related to any subsequent annexation of Polish lands by foreign invaders. Depending on the source and the historical period, the term can refer to the events of 1815 or 1832 or 1846 or 1939. The term "fourth division" in time can also denote diaspora communities that played an important role in the re-establishment of the Polish sovereign state after 1918.

During the reign of Vladislav IV (1632-1648), a liberum veto was developed, a policy of parliamentary procedure based on the assumption of political equality of every "gentleman / Polish nobleman", with the conclusion that all required unanimous consent. The conviction of one member of the Seimas that a measure is harmful to his property (ie the seat he represents in the Seimas), even after the act was approved, became sufficient to annul that act. Due to that, it was increasingly difficult to take measures. The Liberum veto also allowed foreign diplomas