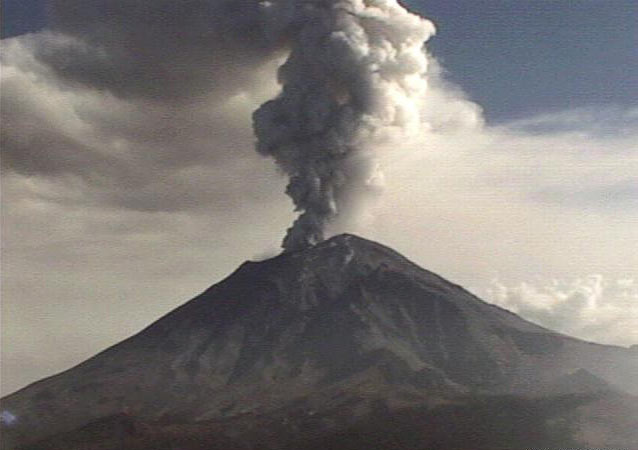 Popocatépetl (Spanish: Popocatépetl, navatl Popōcatepētl), also known as El Popo, is a volcano in central Mexico at 5,426 meters. Its smaller counterpart is the Ixtacihuatl volcano, 5286 meters high. Popocatepetl is the second highest volcano in North America, after Orizaba. It is one of the most active volcanoes in Mexico. More than 20 large eruptions of this volcano have been recorded since the arrival of the Spaniards in Mexico in 1519. The last large eruption occurred on December 21, 1994. The name Popocatepetl is of Aztec origin and in the Navatl language it means "smoky hill".