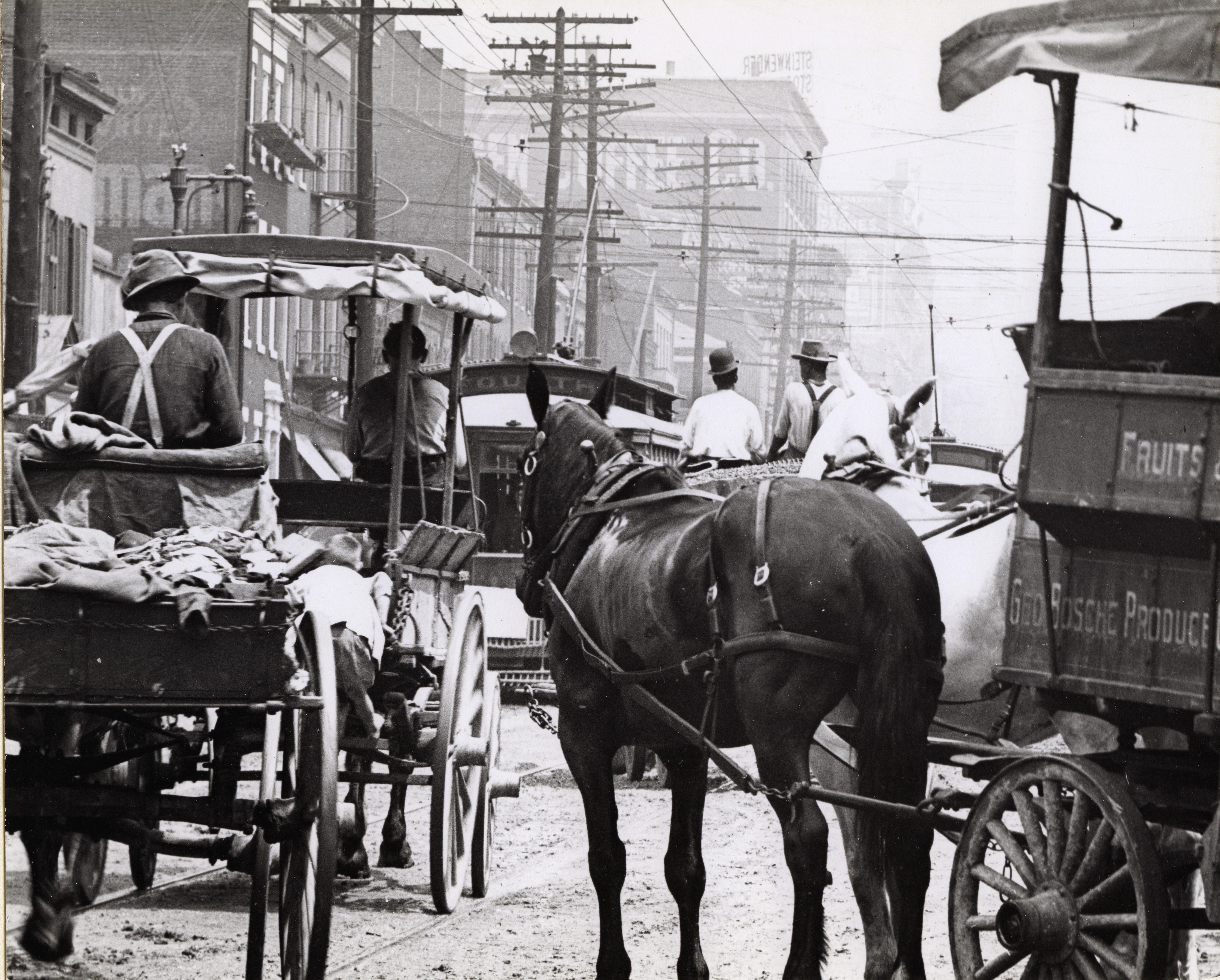 Traffic is an organized movement of transport units on the road network. It is an unwanted consequence of transport and exists only if there are transport units moving on a common network. Road traffic may consist of pedestrians, loaded or riding animals, vehicles, trams, buses and other modes of transport, either individually or together, using the public mode for the purpose of travel. Traffic laws are laws that regulate traffic and vehicles, while road rules are both a law and informal rules that have been developed over time to facilitate the regular and timed flow of traffic. Organized traffic generally has well-established priorities, lanes, access priorities, and traffic control at intersections. Traffic is formally organized in several jurisdictions, with marked lanes, intersections, exchanges, traffic signals, or signs. Traffic is often divided by type: heavy motor vehicles (eg car, truck); other vehicles (eg moped, bicycle); and a pedestrian. Different types may share speed and easement limits, or they may be separate. Some jurisdictions may have very detailed and complex rules on the road, while others rely more on the driver’s common sense and willingness to cooperate. The organization usually produces a better combination of travel safely and efficiently. Events that disrupt the flow and can cause traffic to degenerate into a disorganized mess include: road construction, collisions, and debris in August. On certain dense highways, a minor disturbance can develop into a phenomenon known as a traffic wave. A complete collapse of the organization can result in traffic jams and blockages. Organized traffic simulations often include waiting theory, stochastic process, and equations of mathematical physics applied to traffic flow. The word traffic originally means "exchange" and comes from the old Italian verb trafficare and the noun traffico. The origin of Italian words is unclear. Suggestions include the Catalan trafegar ‘drain’, the presumed vulgar Latin verb transfricare ‘rub over’, the presumed vulgar Latin combination of trans- and facere ‘do or do’, the Arabic tafriq ‘distribution’, and the Arabic taraffaqa, which can mean ‘seek