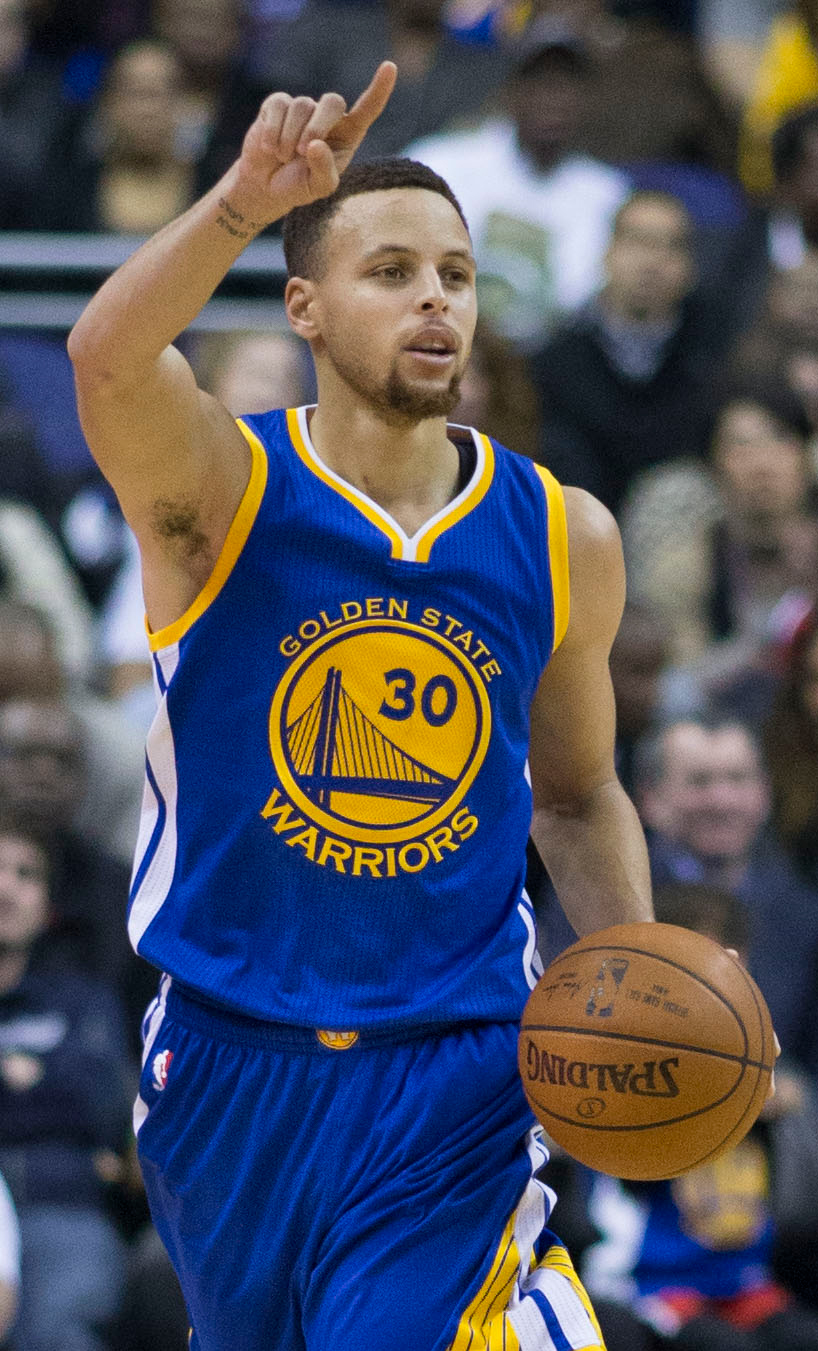 Wardell Stephen Curry II (born 14 March 1988) is an American basketball player. He is a member of the Golden State Warriors and plays as a playmaker, and wears the number 30. The Warriors chose him in the first round of the 2009 NBA Draft as the 7th pick. On December 14, 2021, he became the best shooter of all time, surpassing the legendary Ray Allen on the eternal list of scorers. It is characterized by hitting threes from great distances. He played three seasons at Davidson College, where he played for the Davidson Wildcats. He is the son of former professional basketball player Del Carrie, who played in the NBA for sixteen seasons, in the jerseys of Utah, Cleveland, Charlotte, Milwaukee and Toronto. In 2015, at All-Star, he won the competition in fast three-pointer shooting, won the first championship ring with Golden State and was named the most useful player of the season. The following season, he was the most useful player for the second time, and with 73 victories in 82 games, the Warriors broke the record of the famous generation of the Chicago Bulls from the 1995/96 season. He won the second championship ring in the 2016/17 season. after the third NBA final in a row. In the 2017/18 season. won the third championship ring with Golden State. He holds the NBA league record for three-pointers in the regular season and for the total number of goals scored in the playoffs. He is the first basketball player in history to score over 400 three-pointers in the regular season. In tandem with club colleague Clay Thompson, they jointly hold the league record for the number of threes scored in the regular season and are nicknamed the Splash Brothers. Curry's game is characterized by a very precise shot for three points, by characteristic dribbling, and using an excellent jump, the shot is able to very quickly throw the ball out of the hand when shooting at the basket. He won two gold medals with the senior national team of the USA at the World Championships in 2010 and 2014. Some basketball experts, colleagues and fans believe that Kari is the best shooter in the history of the NBA League.

Curry was born in Akron, Ohio. He grew up in Charlotte, where his father Dell spent 10 years playing for the Charlotte Hornets. Steph and his younger brother Seth often attended games when their father played. Sonja's mother played volleyball at the University of Virginia. He finished high school in Charlotte. Curry wanted to