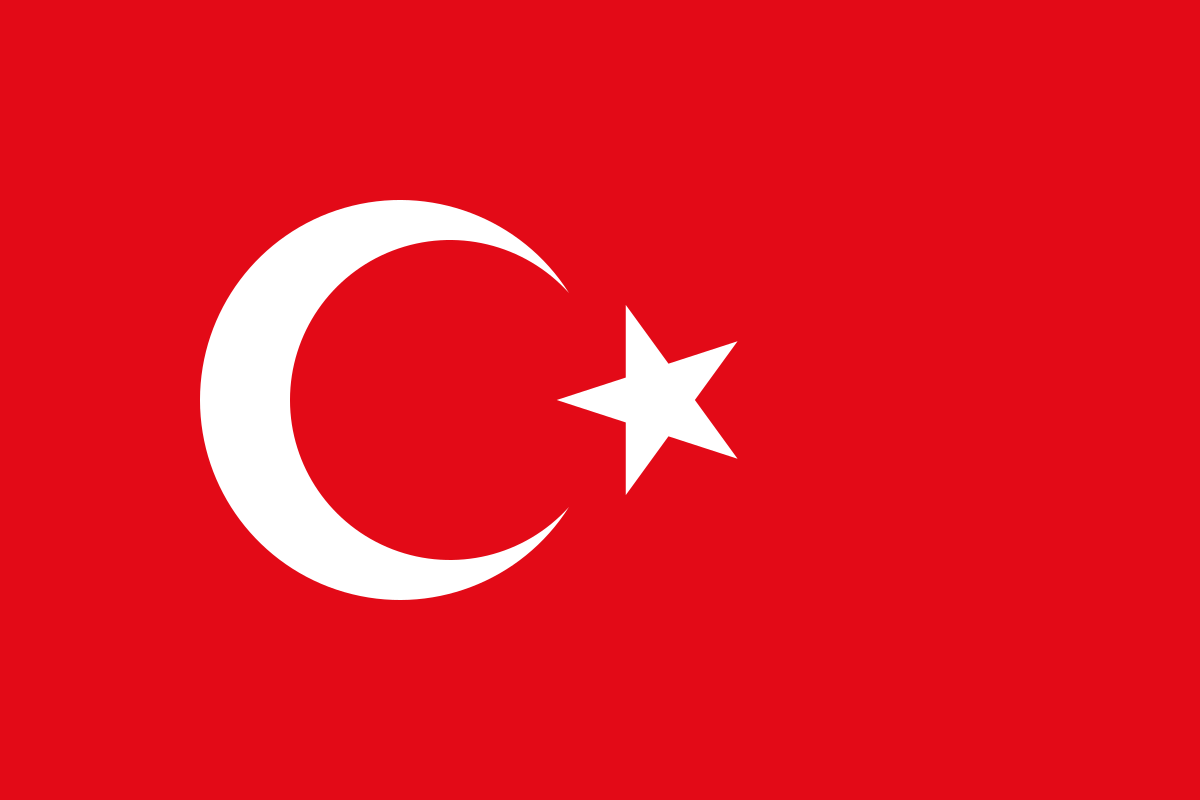 Turkey (Turkish: Türkiye), officially the Republic of Turkey (Turkish: Türkiye Cumhuriyeti), is a transcontinental country located mostly on the Anatolian Peninsula in western Asia and a small part on the Balkan Peninsula in Southeast Europe. Eastern Thrace, part of Turkey in Europe, is separated from Anatolia by the Sea of ​​Marmara, the Bosphorus and the Dardanelles (collectively called the Turkish Seas). Turkey borders Greece and Bulgaria to the northwest, Georgia to the northeast, Armenia, the Azerbaijani exclave of Nakhchivan and Iran to the east, Iraq and Syria to the southeast, and is bounded by the Black Sea to the north, the Mediterranean Sea to the south and the Aegean Sea to the west. Across the Black Sea are Romania, Ukraine and Russia, and across the Mediterranean are Cyprus, Lebanon, Israel, the Gaza Strip (Palestinian Territories), Egypt and Libya, although none of these countries share a land border with Turkey. Istanbul is the largest city in the country, while Ankara is the capital. Approximately 70 to 80 percent of citizens identify with Turks, while Kurds are the largest national minority with 15 to 20 percent of the population. This area was inhabited by various civilizations such as the Assyrians, Greeks, Thracians, Phrygians, Urartians and Armenians. Hellenization began in the time of Alexander the Great, and continued in the Byzantine era. The Seljuks began to settle in the 11th century, and their victory over the Byzantines at the Battle of Manzikert in 1071 marked the beginning and founding of Turkey. The Romanian sultanate ruled Anatolia until the Mongol invasion in 1243, when it disintegrated into small Turkmen principalities. At the end of the 13th century, the Ottomans began to unite these Turkish principalities. After Mehmed II conquered Constantinople in 1453, Ottoman expansion continued during the reign of Selim I. During the reign of Suleiman the Magnificent, the Ottoman Empire encompassed most of Southeast Europe, Western Asia and North Africa and became a world power. In the following centuries, the state entered a period of decline, with the gradual loss of territories and wars. In order to strengthen the weakened social and political foundations of the empire, Mahmud II began a period of modernization in the early 19th century, bringing reforms in all areas of the state, including the army and bureaucracy, with the emancipation of all citizens.