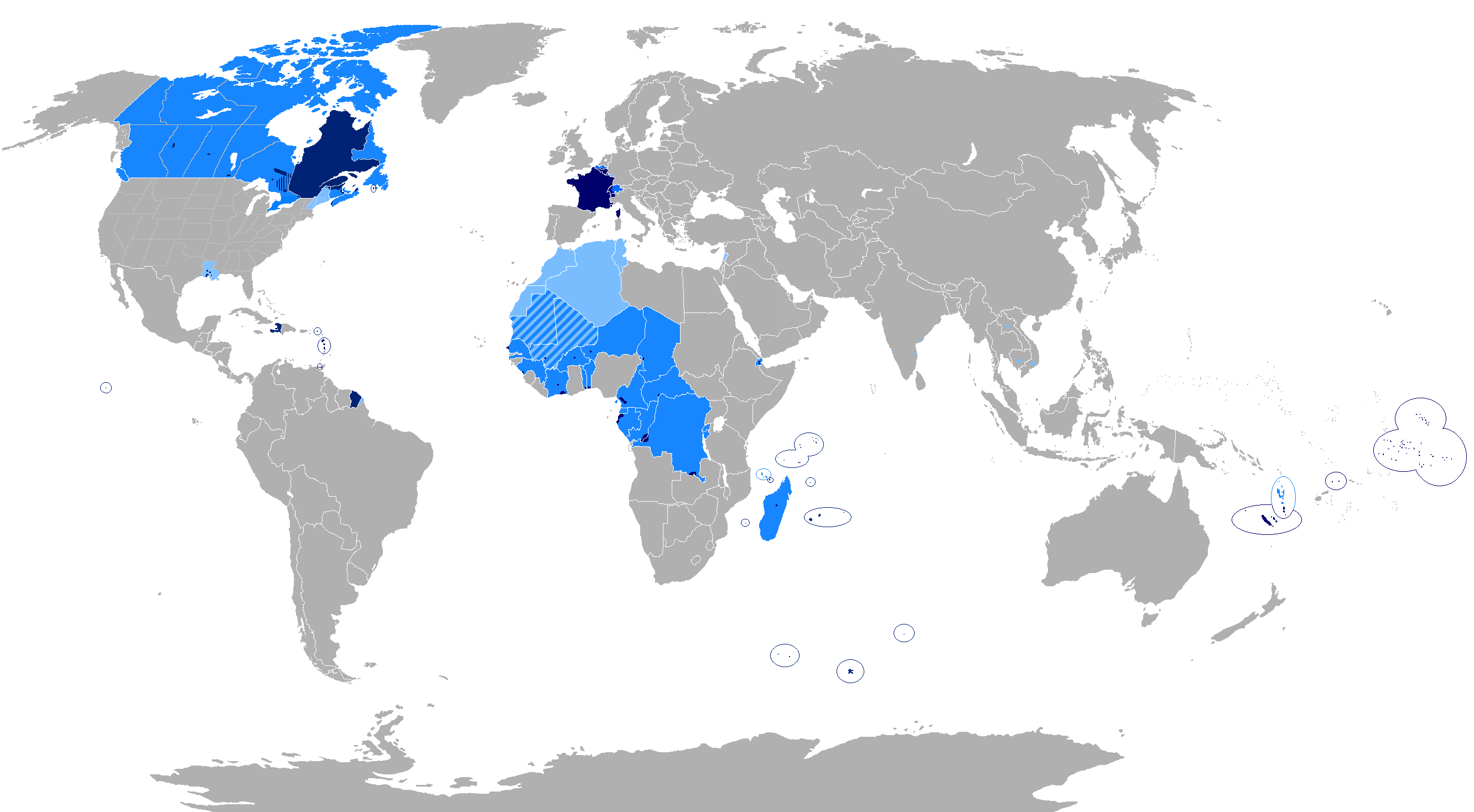 French (fr. Langue française or français) is one of the Romance languages ​​primarily used in France, Belgium, Switzerland, the French overseas territories, as well as the former colonies of France and Belgium, including Quebec in Canada. French is the official language in 29 countries, most of which are members of La Francophonie, a community of French-speaking countries. It is a spoken language in France, southern Belgium, western Switzerland, Monaco, Quebec, New Brunswick, and parts of Manitoba and Ontario in Canada, parts of the United States in Louisiana, Maine, New Hampshire and Vermont, among educated classes in North and West Africa. , Haiti, French Polynesia and various communities elsewhere. This language is used by 110 million people on Earth as the first language, and a total of 190 million people use it in everyday communication. According to demographic projections, primarily due to the high birth rate of the African Francophone population. French is the second largest language in the world in terms of the number of people who learn it (after English). French is derived from the spoken Latin of the Roman Empire, as are Italian, Portuguese, Spanish, Romanian, Catalan and others. French evolved from Gallo-Romance, spoken Latin in Gaul, and more specifically in Northern Gaul. Its closest relatives are other Romance languages ​​- languages ​​that are historically spoken in northern France and southern Belgium, which French has largely replaced. French was also influenced by the native Celtic languages ​​of northern Roman Gaul, such as Belgian Gaul and the (Germanic) Frankish languages ​​of the post-Roman Frankish conquerors. Nowadays, thanks to the French overseas expansion, there are numerous Creole languages ​​based on the French language, primarily the Haitian Creole. A French-speaking person is called a francophone. According to a study by the European Commission, French is the fourth most widely used mother tongue in the European Union. He is the third in the number of people who understand him in the EU. Due to French and Belgian colonialism starting from the 17th and 18th centuries, French was introduced into the new territories of the Americas, Africa and Asia. Most of those who