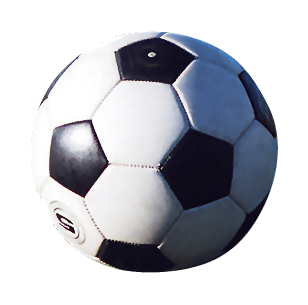 Football (from football - foot - "foot" and ball - "ball") is a collective sport played between two teams, composed of eleven players. Football is currently the most popular sport in the world. It is played in over 200 countries. It can be played by people of all ages and both sexes. Football is often referred to as "the most important sideline in the world." It is played with a soccer ball on a rectangular field with a grass or artificial surface. The goals are placed opposite each other at the end of the narrow side of the field. The object of the game is to throw the ball into the opponent's goal with any part of the body except the hand. Only the goalkeeper can play with his hand in a limited space, the so-called penalty area. The winner of the match is the team that scores more goals (goals) at the end of the match. The modern football game developed in England after the creation of the first football association in 1863. The first rules date from the same year, and with minor changes, they have been maintained to this day. The highest football body is FIFA (French: FIFA). FIFA is organizing the World Cup, the most prestigious sports competition in general. The nature of the football game Football is played according to regulations called the rules of the football game. All participants, 22 players, do everything in accordance with the rules of the game to keep the ball in the possession of their team and to convert it into the opponent's goal. The team that scores more goals at the end of the match is the winner, and if both teams have the same number of goals scored, or neither team scores, the match is a draw. The basic rule is that no player except the goalkeeper must intentionally touch the ball with the palm or any part of the hand, except the shoulder. However, the players must report the out with their hand, or rather with both hands, because performing the out with one hand means automatically assigning the ball to the opposing team. Although players mostly use the foot, it is allowed to play with any part of the body except the hand. Players try to approach the opponent's goal with the ball in various ways: individual control such as dribbling, passing the ball to a teammate or hitting the goal, which the opponent's goalkeeper needs to defend. The opposing team tries to win the ball by cutting the pass or slipping towards the opponent who has the ball. Slipping is limited