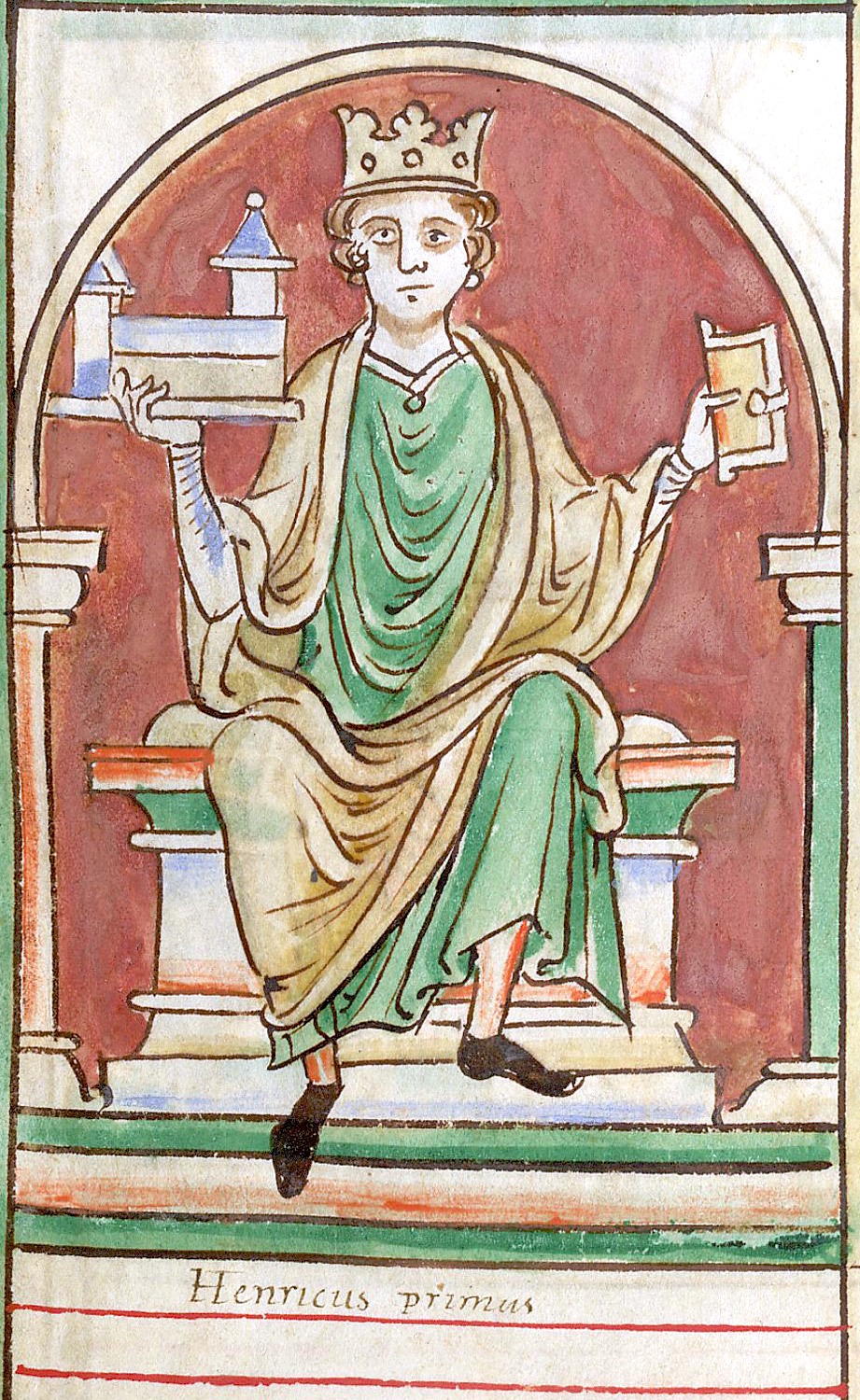 Henry I or Henry I (c. 1068–1 December 1135) was the youngest son of William the Conqueror, King of England from 1100 to 1135. As he had no male heirs, he declared his daughter Matilda the heiress, however, and in addition he was succeeded by his cousin Stefan of Blois. He is known as the "lion of justice" because of his great contribution to the rudimentary administrative and judicial system of the time. Childhood and youth He was born in 1068 or 1069. His mother Matilda of Flanders is descended from the Saxon king Alfred the Great. As he was the youngest son, he was expected to be a bishop, so he received a very good education. He was probably the first Norman to speak English fluently. Before his death in 1087, his father William the Conqueror ordered that his estates be divided among his three sons (his son Richard had died before that): Robert II of Normandy received the Duchy of Normandy, William II the Red got the kingdom of England and Henry I received £ 5,000 in silver. Dissatisfied Henry I quarreled with one brother against another. When the brothers found out about it, they signed an agreement together, according to which if one of the two brothers dies, the other gets his property, that is, unites England and Normandy.

When William II Reddy was killed by an arrow in a hunt on August 2, 1100, Robert III of Normandy was returning from the First Crusade. Robert otherwise had a bad reputation among the Norman nobility. Taking advantage of his absence and bad reputation, Henry I was accepted by the leading nobles as King of England. He was crowned on August 5 in Westminster. He secured his position among the nobility with the "Charter of Freedom", which was one of the predecessors of the Great Charter of Freedom, which was issued much later by John without the Earth.

He married Edith of Scotland, the daughter of King Malcolm III of Scotland. Edith was the great-granddaughter of Edmund II, so that wedding united the Norman and Old English line of kings. However, this greatly disappointed the Norman nobles. On the other hand, with this move, Henry I became much more acceptable to the Anglo-Saxon population. Conquest of Normandy Robert II of Normandy tried in 1101 to become King of England by invading England. Under the agreement of Alton, Robert accepts Henry as King of England and returns to Normandy, and �