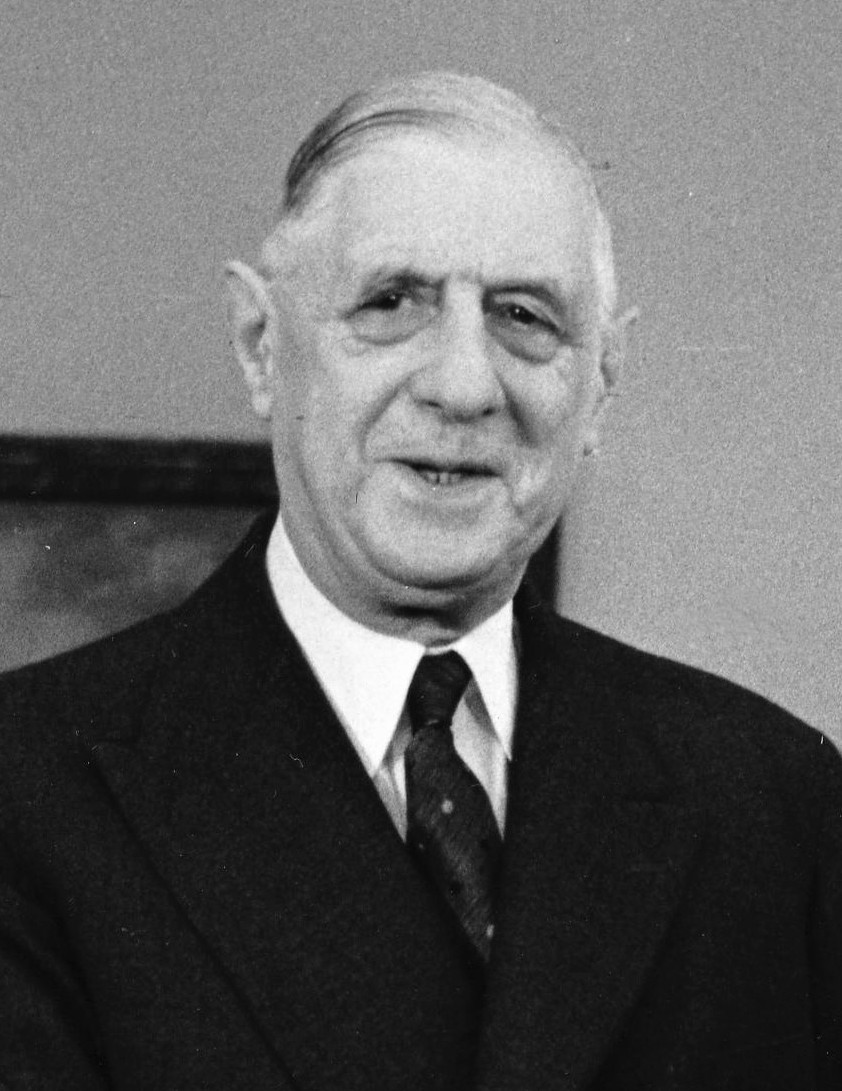 Charles André Joseph Marie de Gaulle (November 22, 1890 - November 9, 1970) was a French military commander and statesman. Before World War II, de Gaulle was known as an advocate of the concentrated use of armored and air forces. During World War II, he became a brigadier general and then the leader of the Free French government in exile. Between 1944 and 1946, after the liberation of France from German occupation, he was the head of the French Provisional Government. Called to form a government after the May 1958 crisis, he encouraged the adoption of a new constitution and was the first president of the Fifth Republic, a position he held until 1969. His political ideology is known as Golism, and it had a major impact on French policy. .

Charles de Gaulle was born as the third of five children in a patriotic, royalist and traditionalist family of the Catholic faith, but at the same time progressive. Born in Lille on November 22, 1890, de Gaulle grew up and was educated in Paris and for a short time in Belgium. My father's family was of noble origin from Normandy and Burgundy, and my mother was from a family of rich industrialists from Lille. The addition to the surname was not aristocratic, although the de Gaulle family was of chivalrous origin. The oldest known de Gaulle served at the court of King Philip II in the 12th century. It is believed that the surname de Gaulle originated from the German surname de Walle, which means wall. Most of the old French nobility was of Frankish or Germanic origin, so they often had Germanic surnames. De Gaulle's grandfather was a historian, his grandmother a writer, and his father Henry a professor at a private Catholic school, who later founded such a school himself. Political debates were a frequent occurrence in Charles' home, and he was already acquainted with important classical works and authors as a young man. Charles was brought up in the spirit of the Nation. Sam de Gaulle wrote in his memoirs: My mother felt an unbreakable passion for her homeland, equal to her piety. Although traditionalist and monarchist, the de Gaulle family was also legalistic and respected the institutions of the French Republic. The social and political ideas of the family were more liberal, influenced by socially sanctified Catholicism, while the moral and religious family