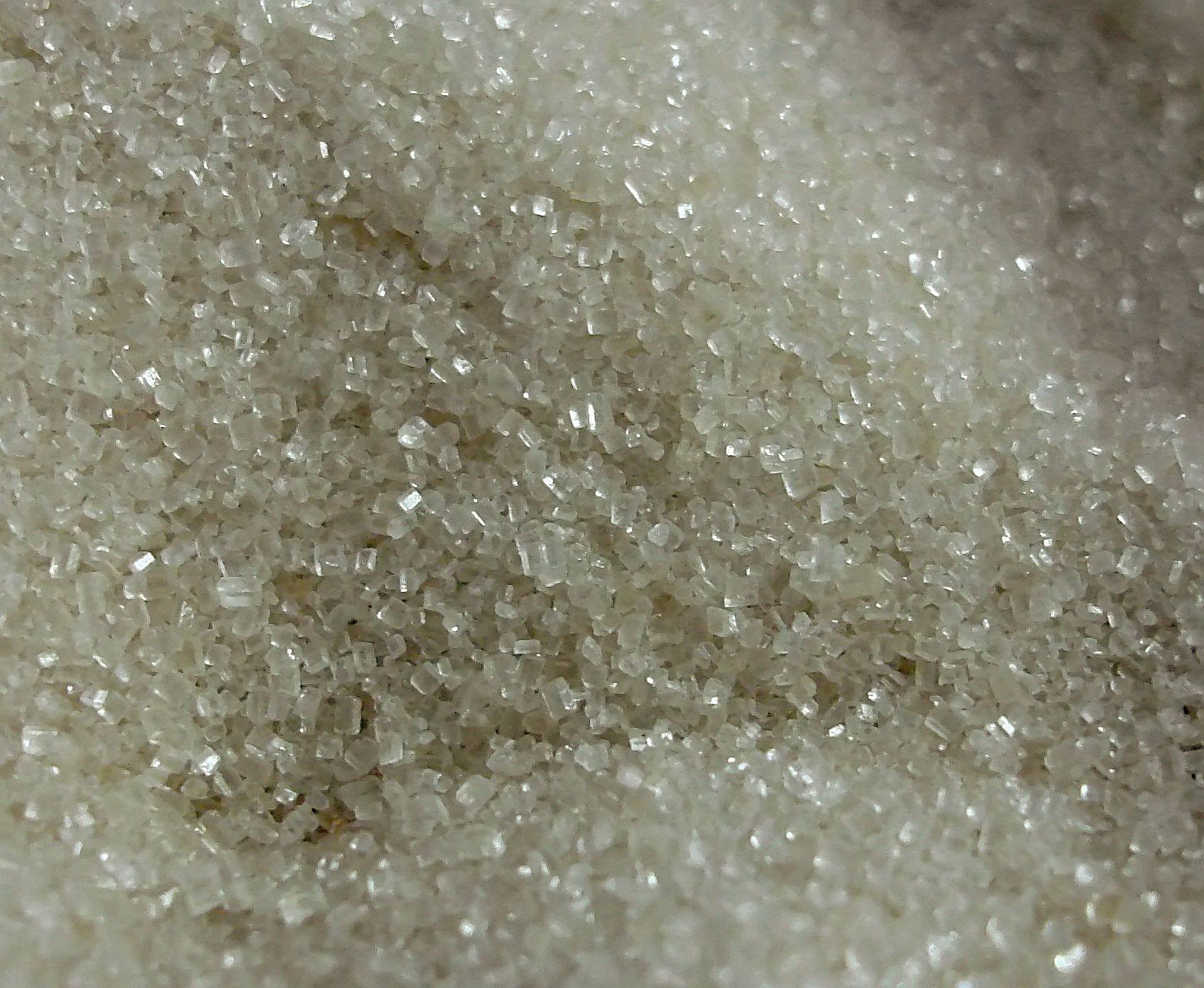 Sugar (originating from the Sanskrit word शर्करा [śarkarā] - "sweet,", came to Serbian through Persian and Turkish) is a type of food as well as a delicacy. Sugar is a generalized name for sweet, short-chain, soluble carbohydrates, many of which are used in food. They are carbohydrates and consist of carbon, hydrogen and oxygen. There are different types of sugar that come from different sources. Simple sugars are called monosaccharides and include glucose (also known as dextrose), fructose and galactose. Table or granulated sugar that is usually used as food is sucrose, a disaccharide. (In the body, sucrose is hydrolyzed to fructose and glucose.) Other disaccharides include maltose and lactose. Longer chain sugars are called oligosaccharides. Chemically different substances may also have a sweet taste, but they are not classified as sugars. Some are used as low-calorie sugar substitutes in foods, called artificial sweeteners. Sugars are present in the tissues of most plants, but their concentration is sufficient for efficient extraction only in sugar cane and sugar beet. Sugar cane is considered to be several species of giant grass from the genus Saccharum, which have been cultivated in tropical areas in South Asia and Southeast Asia since ancient times. The great expansion of its production came in the 18th century with the establishment of sugar plantations in the West Indies and the Americas. Thus, for the first time, sugar became available to ordinary people, who were previously addicted to honey to sweeten food. Sugar beet, a cultivated variety of Beta vulgaris, is grown as a root crop in colder climates and became a significant source of sugar in the 19th century when sugar extraction methods became available. Sugar production and trade have changed the course of human history in many ways, influenced the formation of colonies, perpetuated slavery, the transition to wage labor, human migration, wars between nations that traded in sugar during the 19th century and the ethnic composition and political structure of the new world. . World sugar production in 2011 was at the level of about 168 million tons. The average person consumes about 24 kg (53 lb) of sugar each year (33.1 kg in industrialized countries), which is equivalent