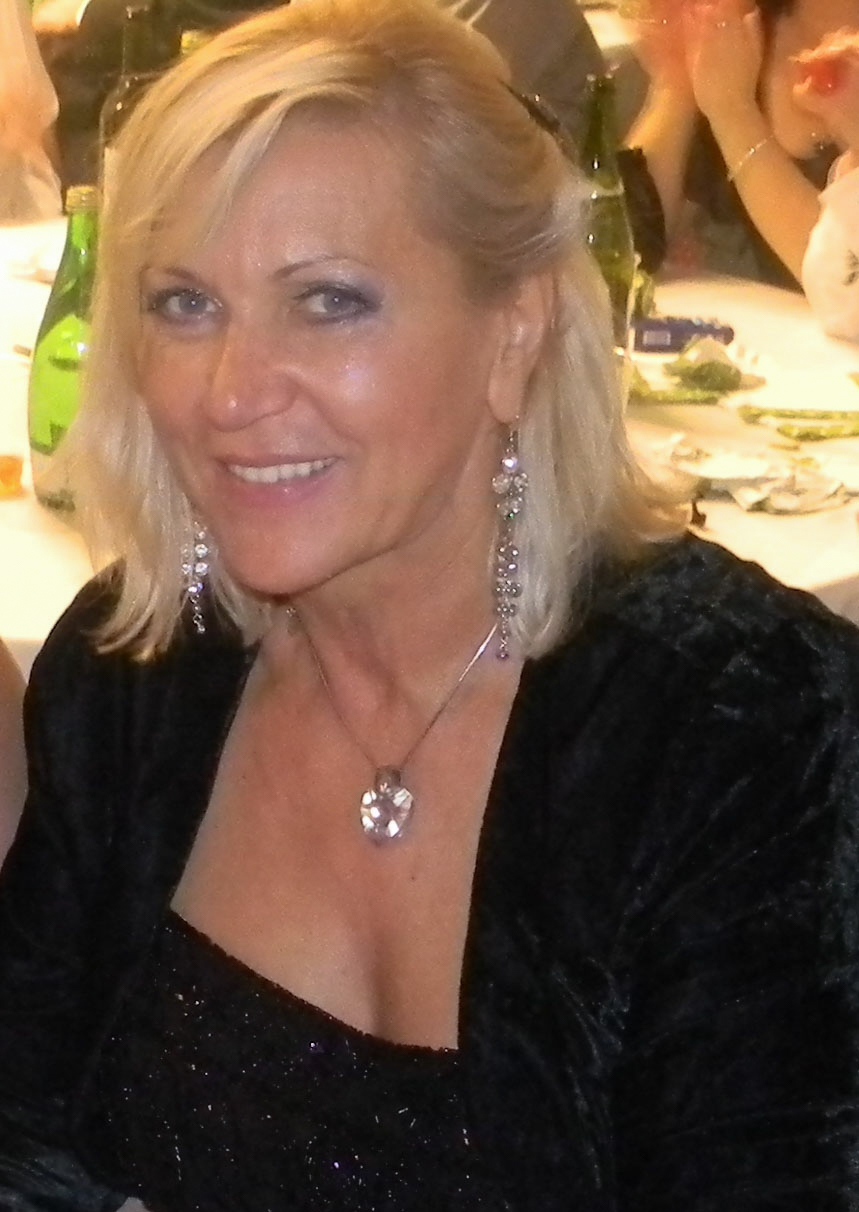 Merima Njegomir (Zemun, November 9, 1953 - Belgrade, November 20, 2021) was a Serbian singer of folk music, with the status of a prominent pop artist. She has won numerous awards, including the Vuk Award for Contribution to Serbian Culture (the only one of folk singers), the Golden Badge of the Cultural and Educational Community and the Golden Microphone of Radio Belgrade, as well as over twenty awards at numerous music festivals. The first of the folk singers held a concert at Kolarac. So far, she has recorded more than thirty records (studio albums and single records) and sang famous hits: Ivan's Trough, Rosemary, Because of You, What is beautiful when someone loves, We drank wine, If it were not for your love, I still remember, When the gate creaks, Your eyes are green, Mezimica… In addition to the composed ones, her repertoire includes original songs from Šumadija, Vranje, Montenegro and Kosovo melodies, sevdalinka, old town songs, Russian songs and romances, as well as songs in twenty foreign languages, including in Chinese, Hebrew, Greek, Italian, Hungarian, French…

Merima Njegomir was born as Merima Kurtiš in the settlement of Kalvarija in Zemun. Her father Adem, originally from Ohrid, was adopted as a child. Mother Fatima was born in Bijeljina. Her parents divorced when she finished elementary school. Due to his parents' divorce, he missed the enrollment deadline at the Zemun High School, and enrolled at the Tourist School in New Belgrade. After high school, she graduated from the music high school "Kosta Manojlović" in Zemun, the department for solo singing in the class of Milica Popović and the Higher School of Tourism in Belgrade. For the first time, she stood in front of the microphone by chance, singing several songs for her company accompanied by the "Citadel" orchestra, and since 1972 she has been performing with this orchestra. While she was singing in the restaurant "Romanitar", Svetomir Sesic - Shele noticed her and invited her to record test recordings for Radio Belgrade, of which the songs "Idem putu, pesma se ori" and "Bisenija" remain as permanent recordings of Radio Belgrade. Cune Gojković was on the commission that received her from Radio Belgrade. In 1977, she met Dragan Živković Tozovac, who composed her first two songs for the album published by Jugoton. Since her first album in 1977, she has recorded over twenty-five, as well as several singles. She also recorded over 100 permanent recordings of original songs for Radio Belgrade. In 1979, Merima married Milan Njegomir. In the same year, she received the status of a freelance artist and became a mother - she gave birth to a daughter Ljubica, then Milica and Jelena, and a son Marko. , Charter of the Association of Jazz, Pop and Rock Musicians, Special Award of Radio Belgrade for Contribution to the Preservation of Traditional Folk Music, "Empress Theodora" Award in 2002, Golden Badge of the Cultural and Educational Association of Serbia, Serbian Variety Award. In 2019, the Association of Pop and Music Artists of Serbia awarded her the Pop and Music Award of Serbia for her life's work. From 1979 until today, she has participated in over forty-five music festivals and won more than twenty-first awards. The greatest hits of Merima Njegomir are: Ivan's troughs, Rosemary, Because of you, your love, I still remember, When the gate creaks, Your eyes are green, I am in pain, Sweetheart, Just one word, I love black eyes, Lonely, And where are you. Her interpretations of traditional songs are well-known: Zajdi, zajdi, Marijo, bela kumrijo, Sejdefu majka buđaše, Što si Leno na golemo, Svu noć mi bilbil prepeva, This morning my rose blossomed. She also sings in her repertoire in twenty foreign languages ​​- Hebrew, Chinese, Turkish, Greek, Italian, Hungarian, French, English, and is especially known as a performer of Russian folk songs and romances.