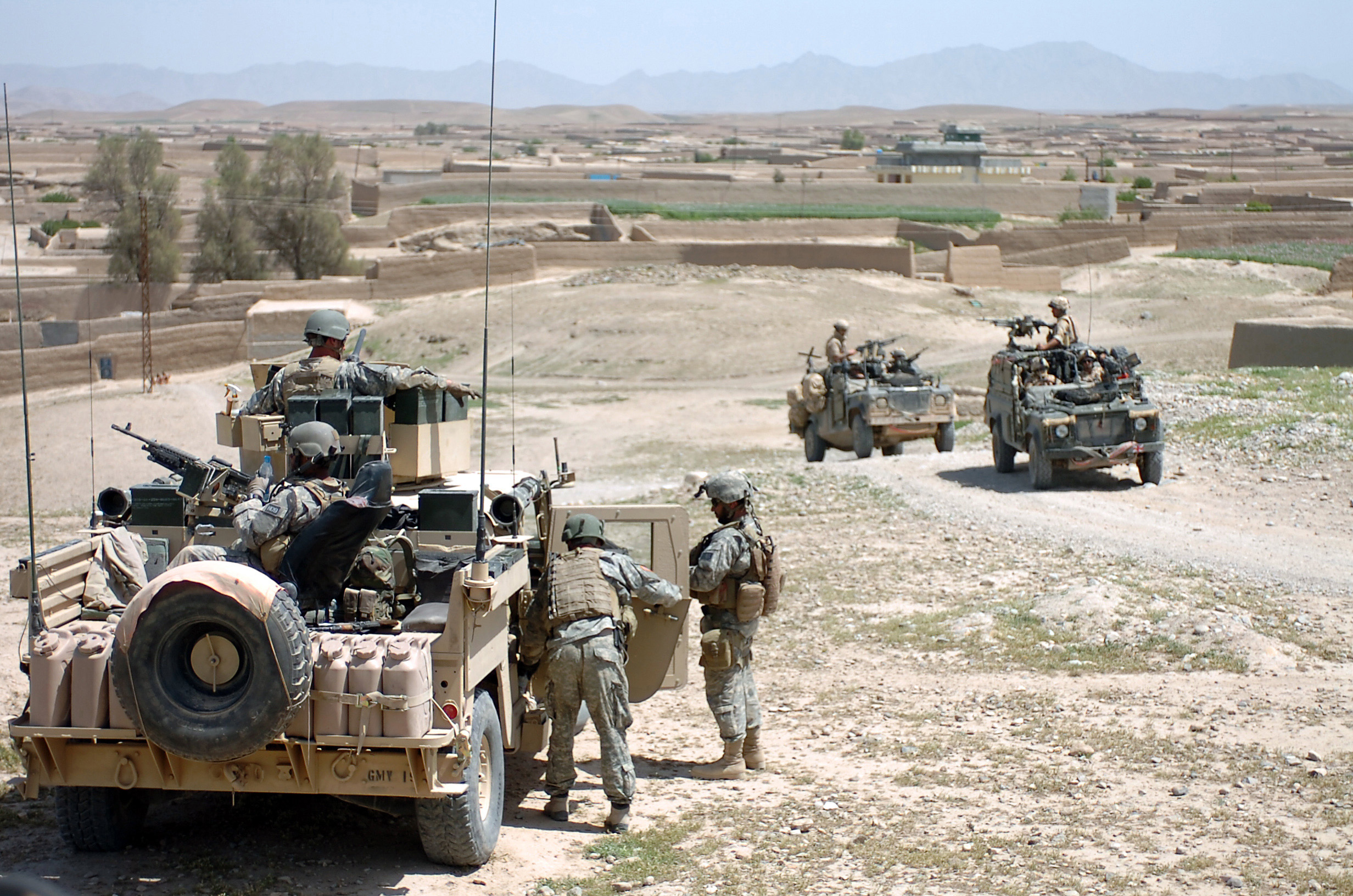 The "Afghanistan War" and the "Afghanistan War" are redirected here. For other meanings, see Afghanistan War (different meanings). The US-led intervention in Afghanistan, officially Operation Enduring Freedom, began on October 7, 2001, in the wake of the September 11 attacks of the same year. The official goal of the invasion was to capture Osama bin Laden, exterminate al-Qaeda, and remove the Taliban regime. Following the launch of the October 7 invasion, Allied troops entered Kabul on November 13 of that year. In December 2001, the US Department of Defense reported that the Taliban had been defeated but warned that the war would continue to further weaken Taliban troops and al-Qaeda. Later that month, the United Nations installed an interim government in Afghanistan led by Hamid Karzai. Elections were held in the country in 2004, which international observers called "acceptable democratic" at the "total majority" of polling stations. Why the Taliban have been able to regroup is due to the fact that after the first attacks, they stopped sending aid to Afghanistan to help with reconstruction, which led to the country becoming a disaster site. In 2006, the Taliban insurgency intensified. As a result, President George W. Bush ordered an additional 3,500 troops to the country in March 2007. Efforts have been made to kill or capture al-Qaeda leader Osama bin Laden, and on May 1, 2011, Barack Obama confirmed in a speech to the nation that Osama has been killed by a military operation after he was found in his hiding place in the city of Abbottabad, about 50 km north of the capital Islamabad in Pakistan. Bush was initially very keen to capture bin Laden, but that changed, and a year later he said it was no longer a priority. Al Qaeda leader Ayman al-Zawahiri is still at large. Two military operations are underway to achieve stability in Afghanistan. Operation Enduring Freedom (OEF) is led by the United States and aims to combat al-Qaeda remnants, mainly in the eastern and southern parts of the country along the Pakistani border. OEF is not a NATO operation, although many coalition partners are NATO members. There are about 20,000 soldiers in the OEF, of which about 18,000 are American forces. The second operation is the International Security Assistance Force (ISAF), which was set up internationally with UN Resolution 1386 to stabilize the country. In May 2008, ISAF had an estimated 47,000 troops from 40 countries, of which the United States accounted for 17,000. Since Barack Obama took office, the number of US troops in Afghanistan has increased.

In May 1996, Osama bin Laden and members of the al-Qaeda network sought refuge in the Afghan mountains, where they ran terrorist training camps in a loose alliance with the country's Taliban regime. In February 1998, Osama bin Laden and Ayman al-Zawahiri declared a fatwa, which called on all Muslims to kill American citizens, both civilian and military, and their allies around the world. As a result, the US embassies in Kenya and Tanzania were bombed by al-Qaeda on August 7, 1998, claiming 223 lives. Following the bombings, President Bill Clinton launched Operation Infinite Reach with the goal of bombing al-Qaeda-linked targets in Sudan and Afghanistan. US cruise missiles were fired at the camps with limited effect. In 1999 and 2000, the UN Security Council adopted Resolutions 1267 and 1333 against the Taliban regime, which provided financial and material support to al-Qaeda, to persuade the Taliban to extradite bin Laden to the embassy bombings and to close their training camps.

After the terrorist attacks on 11 Sept.