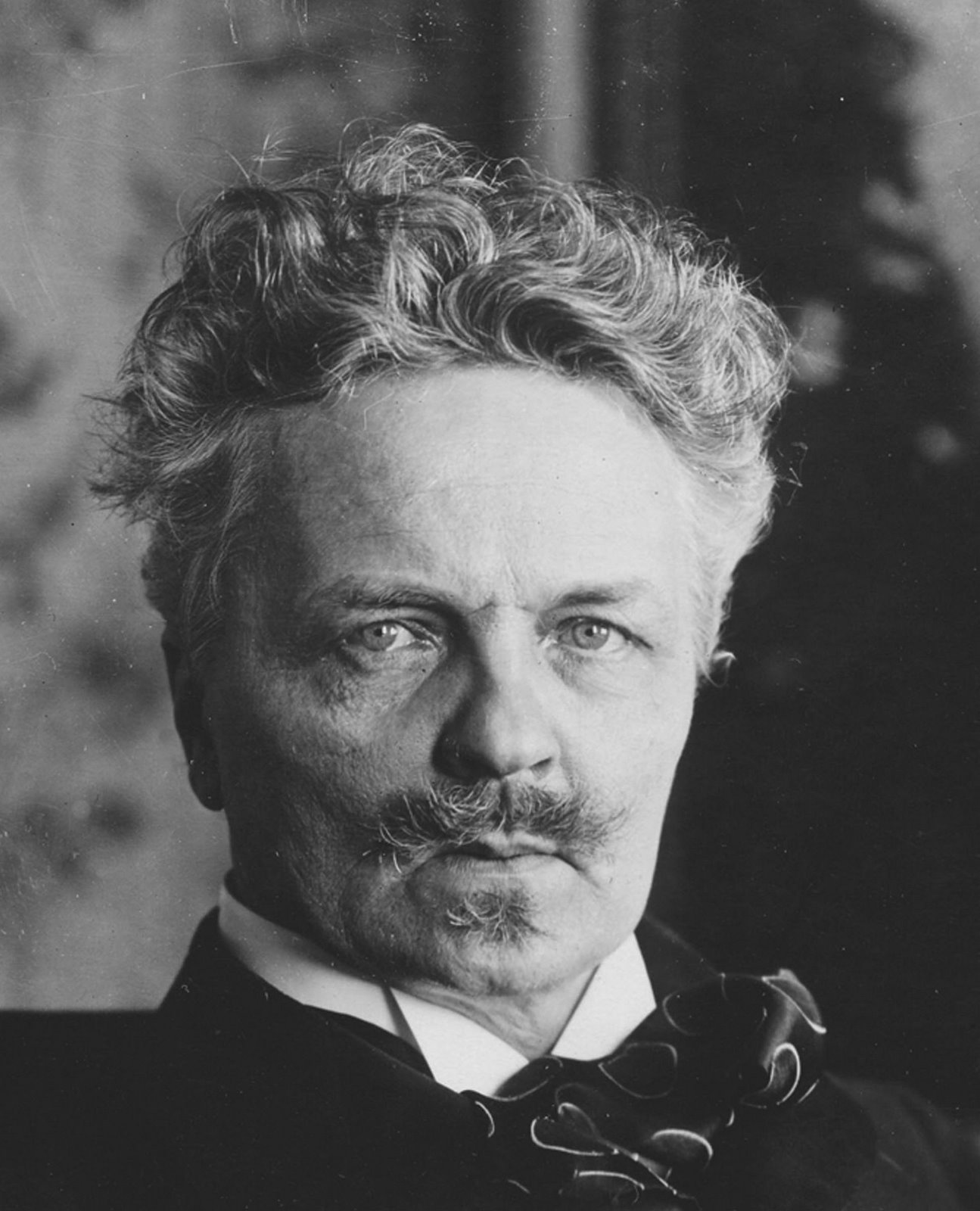 Johan August Strindberg, born January 22, 1849 in Stockholm, died May 14, 1912 in Stockholm, was a Swedish author. For four decades, Strindberg was a prominent figure in literary Sweden. He was controversial and often involved in personal conflicts. Among his works are a number of novels, short stories and dramas that are considered classics in Swedish literature, and he is considered one of Sweden's most important authors. Internationally, however, he is best known as a playwright. He was also active as a visual artist and painted and photographed, although this was mainly noticed by posterity. Strindberg was very productive, despite periods of unproductivity, and pioneering in several genres. He is generally regarded as an innovator of the Swedish language. Strindberg belonged to the circle around the so-called eighties and was partly involved in the issues of the emerging labor movement. He also devoted periods of time to independent, self-willed research in science and occultism.

Johan August Strindberg was born in the Health College's house on Riddarholmen in Stockholm on January 22, 1849. Strindberg was the third child of eight in his father's first marriage. After the demolished birth house, Strindberg has named the play Brända Tomten. In 1851 the family moved to Klarakvarteren and in 1856 to Norrtullsgatan 14. Strindberg's father Carl Oscar Strindberg was a steamboat commissioner and responsible for freight traffic on the Mälaren and Göta canals. Mother Eleonora Ulrika Norling was a former inn girl who had worked at Liljeholmen's inn. Before the marriage, she worked as a housekeeper for Carl Oscar, hence the title The Maid's Son, but the home was not as proletarian as Strindberg wanted it to appear. Carl Oscar married her in 1847. Her piety had a strong influence on the author. Strindberg's aunt Lisette Strindberg was married to the steamboat pioneer Samuel Owen. As a child, Strindberg was calm and quiet. The father was strict and Strindberg grew up in a home characterized by discipline, godliness and cultural interest. During his childhood, he devoted himself to reading, scientific studies and flower growing. In 1856 he started at Klara school. On December 30, 1861, Strindberg wrote a letter about his friend Flodcrantz who went through the ice on Brunnsviken and drowned. The night between 19 and 20 March 1862, the mother died and Strindberg wrote a letter about it to his brother Oscar on 22 March. Strindberg had a bad relationship with his father, which deteriorated further after his mother's death. The following year, the father remarried to the thirty-year-younger Emilia Charlotta Peterson, who was the family's twenty-two-year-old housekeeper (housekeeper) and whom Strindberg came to hate. In retrospect, however, the image of Emilia has changed. She filled the role of stepmother, especially for August's sisters. Strindberg graduated from the private high school Stockholm High School in 1867. After finishing school, he started at Uppsala University but left after only half a semester because he was unhappy and lacked money. He then supported himself for a time as a primary school teacher and then as an informant while studying to be a doctor. He then tried to become an actor and became an extra at the Dramatic Theater, but decided in 1870 to return to Uppsala. It was this time that Strindberg began his writing. His first printed work is the play The Free Thinker (written in 1869, printed in 1870 under the pseudonym Härver Ulf) which was never played. An academic career was prevented by his habit of always arguing and arguing with the teachers and he dropped out of school without graduating. His writing talent was considered promising and attracted the attention of King Charles XV, who awarded him a scholarship in 1871 for future university studies. In the short story collection Från Fjärdingen och Svartbäcken (187