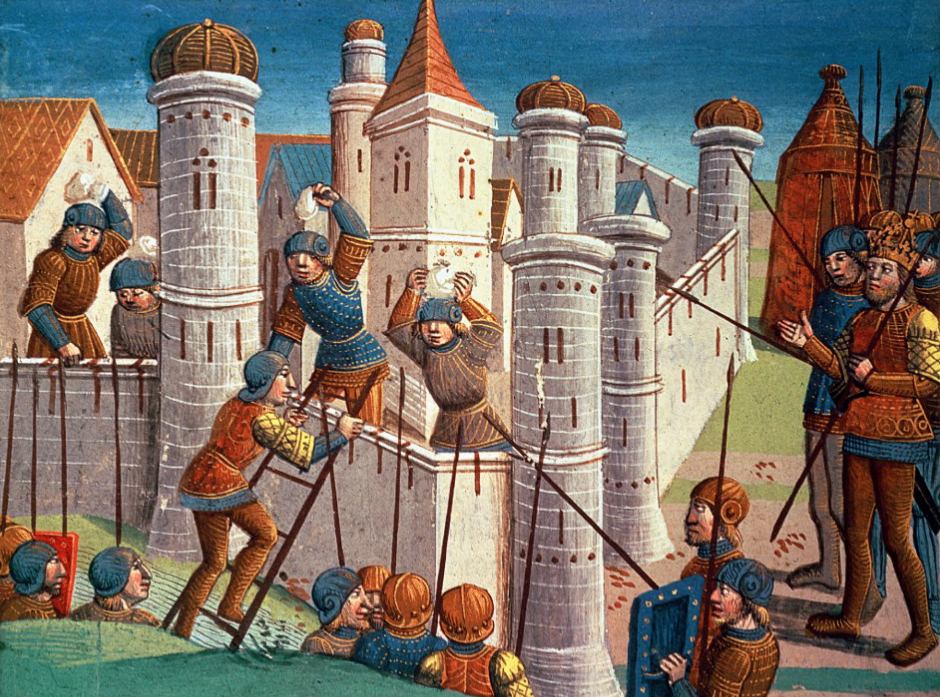 A siege is an encirclement of an enemy fortress or city, with the purpose of preparing a storm for it or forcing it to surrender. Siege was common, especially in ancient and medieval warfare. The siege includes cutting off the fortress or city from the supply of maintenance such as food, water, munitions and manpower. At the same time, the besiegers are trying to destroy the fortifications with masonry, siege towers and other siege weapons. Visby is an example of a fortified city intended to withstand siege attacks. Karlsborg Fortress was built as an impregnable reserve capital according to central defense tactics, but managed to become obsolete even before it was completed in 1869. An enclosure without the purpose of storming is called cernation.