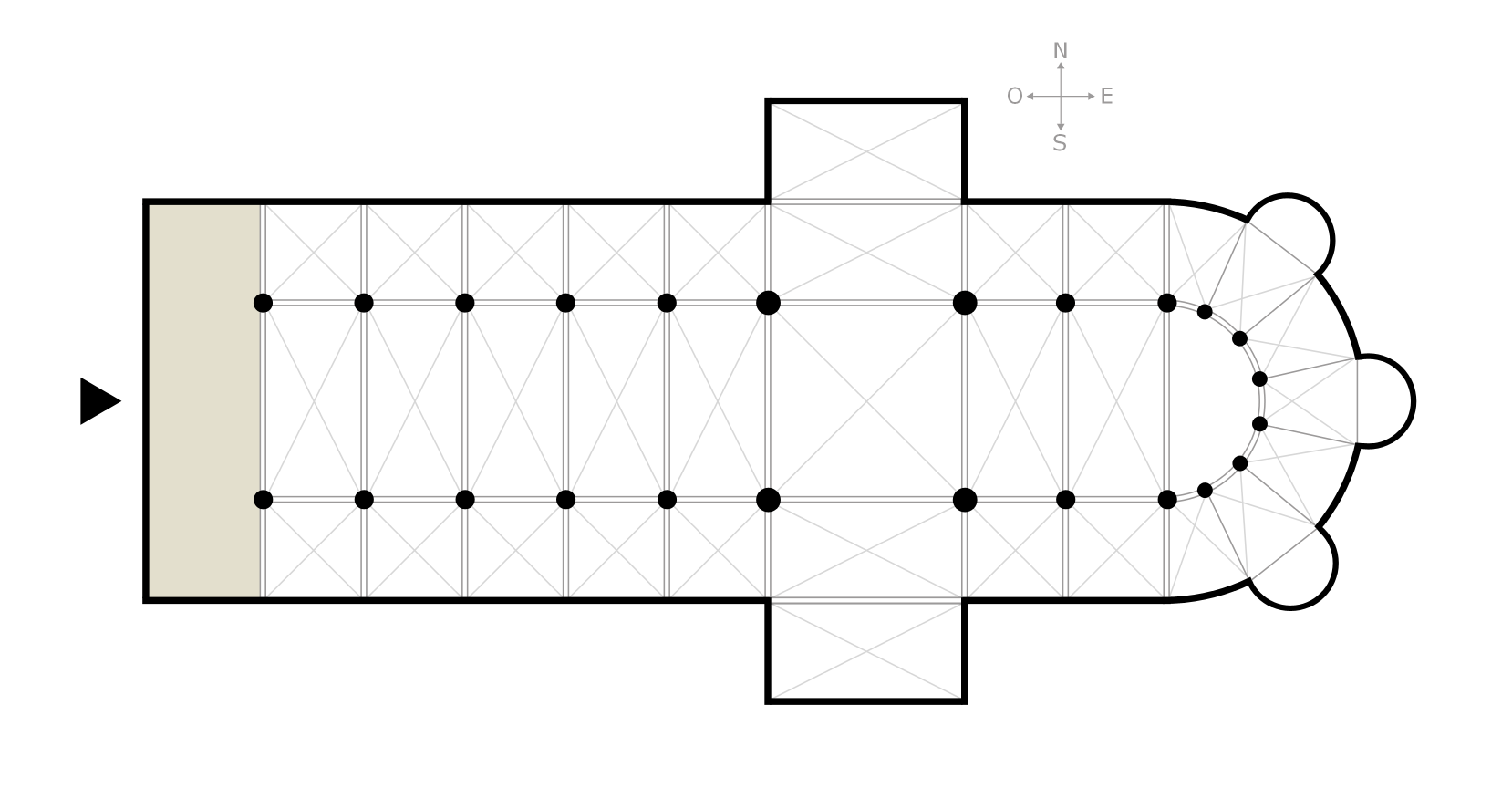 Narthex, also antekyrka (from the Latin ante, which means before; that is, pre-church), is a vestibule of a church, usually transverse as a gallery along the entire width of the entrance. If the vestibule is built into the church, it is called narthex, but if it consists of an extension, the term antechurch is used. However, the two terms are for the most part interchangeable. In Byzantine church architecture, an vestibule was located inside the façade esonarthex, while an extended vestibule was called exonarthex. The arrangement goes back to the early Christian church, where narthex was reserved for the catechumens, who were not allowed to enter the church room itself.