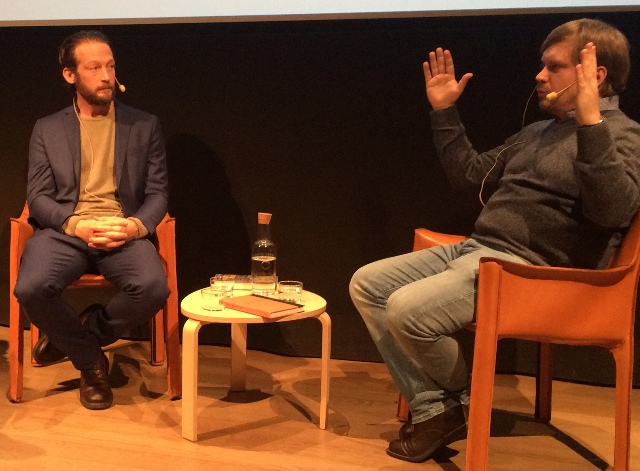 Nils Sture Håkanson, born August 25, 1975 is a Swedish author and translator. He translates from Russian and to a lesser extent from English, German, Ukrainian and Belarusian to Swedish. He is a publisher at Ruin publishing house and research editor for the Swedish Translators' Dictionary. He became a doctor of Slavic languages ​​at Uppsala University in 2012 with the dissertation The Window to the East. Håkanson has also collaborated with the pop orchestra Skraeckoedlan and written lyrics for their album Eorþe (2019).

With a short "Biographical story" by Håkanson. Read May 18, 2014 The Iron Skull in Libris Sweden's translator has never been better SvD 13 September 2018. Translator of the month at the Translators' Section. Read January 27, 2019 The position of Russian literature in Sweden. A conversation between Nils Håkanson, Mikael Nydahl and Gunnar Nirstedt (moderator) in Room for translation during the Book Fair in Gothenburg 2019 Listened to 22 January 2020. Hidden gods. A book about everything that is not lost in a translation. Those who make the impossible possible. Review by Kristoffer Leandoer in SvD 28 September 2021. Read 30 September 2021.