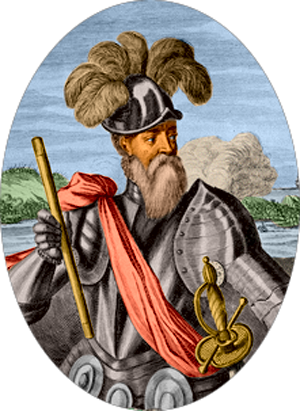 The Conquistador (Spanish: conquistador) was a group of Spanish and Portuguese explorers, troops, and adventurers. During the 15th and 16th centuries, the Age of Exploration after christopher Columbus discovered what the Europeans called the "New World." The Spanish fleet set out to discover the empires of the Americas. Spain was able to conquer these territories by a handful of guilds and armies of local peoples. The major empires conquered by Spain were the Aztec Empire in present-day Mexico in 1521 led by Hernan Cortes, and the Inca Empire in present-day Peru in 1532 led by F. Rancisco Pizarro

spanish history the era of exploration