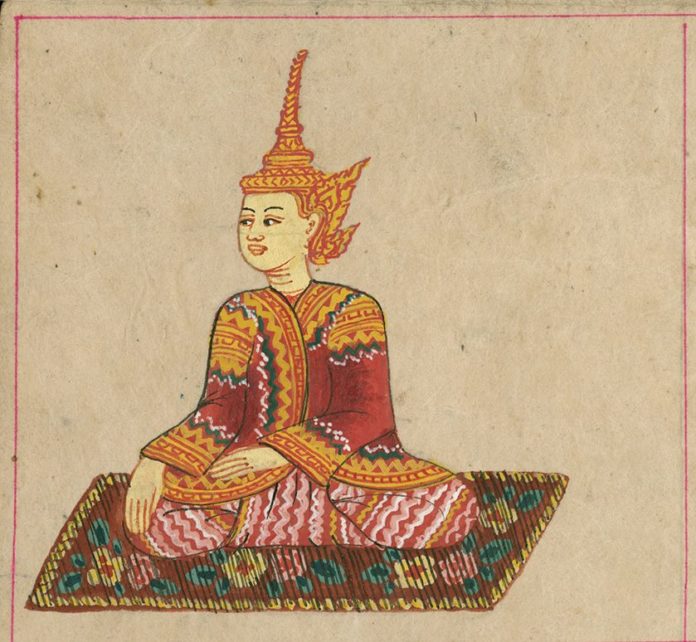 Yodaya people or Ayutthaya people in Burma (Burmese: ယိုးဒယားလူမျိုး, MLCTS: Yodaya lu myui:; Yodaya Lumyo) is a term referring to an ethnic group whose ancestors are Siamese from the Ayutthaya Kingdom. who migrated to Burma have both voluntarily migrated to rely on the Burmese King some were taken captive when war broke out. Over the centuries Ayutthaya people in Burma gradually mixed with Burmese society. Some have migrated from their former hometowns. They stopped speaking Thai and switched to Burmese until Tin Mong Kyi, a Burmese scholar of Yodaya descent, wrote a short essay entitled "A Thai King's Tomb" (A Thai King's Tomb) before 1995, believed that one of the old stupa in Noen Lan Xang Cemetery or Noen Krasae (Linxin Kong) was the tomb of King Uthumphon. Former King of Ayutthaya who died from the throne and was taken prisoner in Burma. and became famous for having guides taking Thai tourists to a stupa in the Lincin necropolis. But such a trend caused a stir in the study of Ayutthaya people in Burma. And there was an effort to find the Ayutthaya community that is still extant until in 2013, it was discovered that a community of Ayutthaya descent named Suga village with a population of about 200 people (2017) was discovered and still There is a community of people of Ayutthaya descent at Baan Min Tasu (Chao Fa area) with a population of at least 30 people of Ayutthaya descent (2014). Both communities are located in Mandalay. Even if you can't use Thai in everyday life But many cultures of Ayutthaya people still exist and have influenced some Burmese arts and cultures up to the present day.