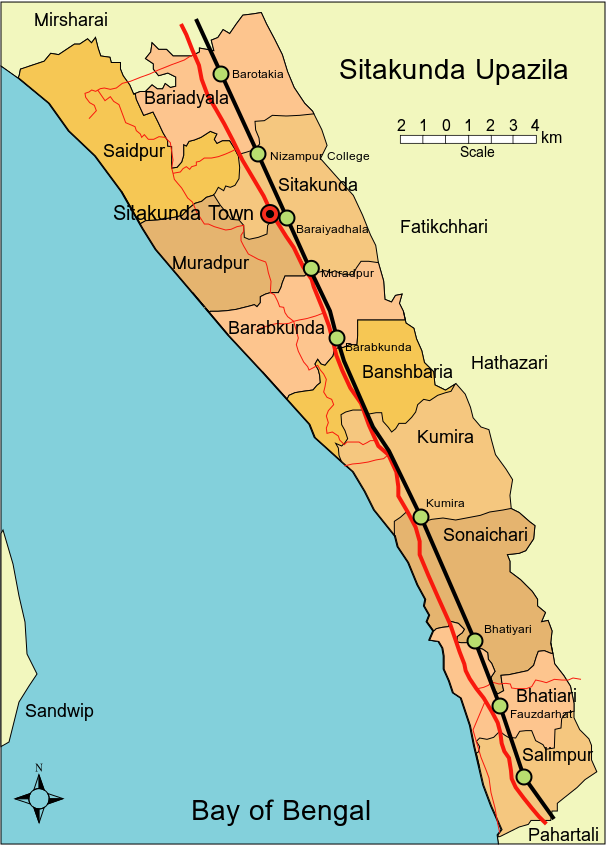 Seetakunda (Bengal: সীতাকুণ্ড Shitakunḍo, Sitakunda, template:IPA-bn) is a district (upazila) in Chittagong District. Bangladesh Sita Kunda is known by many religious sites. The district has 280 mosques, 8 Masar, 49 Brahmin churches, 4 ashrams and 3 Buddhist temples. Among them are the main religious sites, Chandranathamonthira, which is Shaktipita in Hinduism, Witsanaram. sanctuary (Vidarshanaram Vihara) which was founded by the people of the world Mahastvira and the Hammadyar Mosque which was founded by Giyasuddin Mahmood Shah. In addition, the district also has mountains and parks. despite having a diverse population In the area, there are conflicts between communities. attack on religious sites And there are also reports of Islamic terrorist groups. Jamaatul Mujahideen since the early 2000s