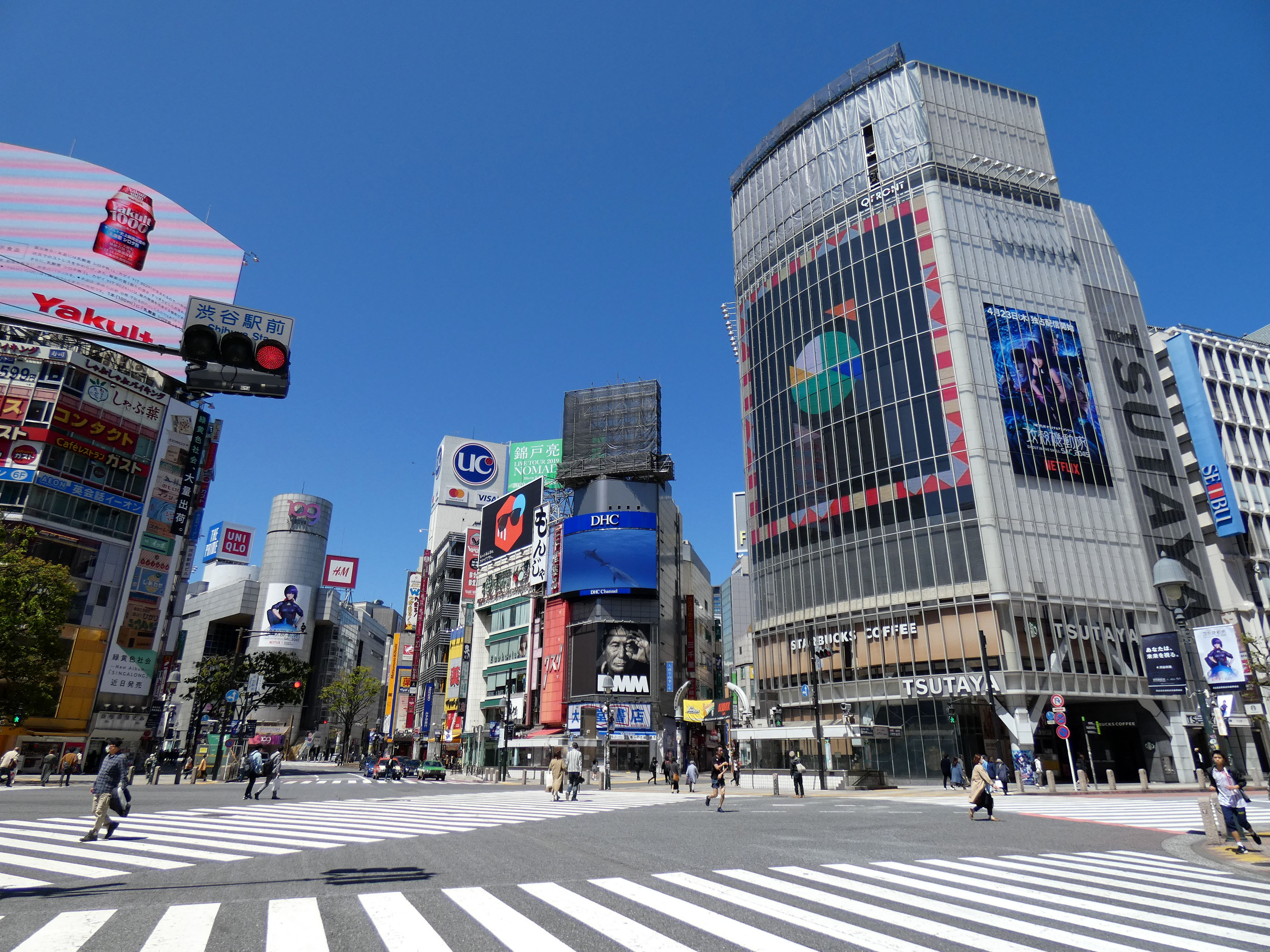 Shibuya Crossing (English: Shibuya Crossing) or Shibuya Scramble Crossing is a crossing in Shibuya, Tokyo, Japan. Located in front of Shibuya Station, between the station and the statue of Hachiko dog. This Starbucks coffee shop on a building that looks down on a crosswalk is one of the busiest Starbucks branches in the world. The sheer volume of pedestrian crossings and billboards led to a comparison of the intersection with Times Square in New York City. and Picadilly Circus in London. This crosswalk is the most pedestrian crossing in the world. With as many as 3,000 people crossing these crosswalks at any one time, Tokyo-based architecture professor Julian Worrall once described the Shibuya crossing as "the "severe cross". "A prime example of how Tokyo does [things] best when it's not trying to do anything." The growing number of people in traffic resulted in a ban in 2019 in Shibuya. Alcohol is strictly prohibited in the area. From the end of October onwards In Japan, this junction is popularly known as Pedestrian traffic is seldom reduced even late at night or early in the morning. Yet there is hardly any traffic here, even during rush hour, 2016 data from local authorities showed the number of people crossing the road was as high as 3,000 per green light (every 2 minutes), according to business associations. In 2014, local traffic was estimated to be 260,000 per day on weekdays and 390,000 per day on holidays. Some sources estimate that on a busy day there will be up to 500,000 people.