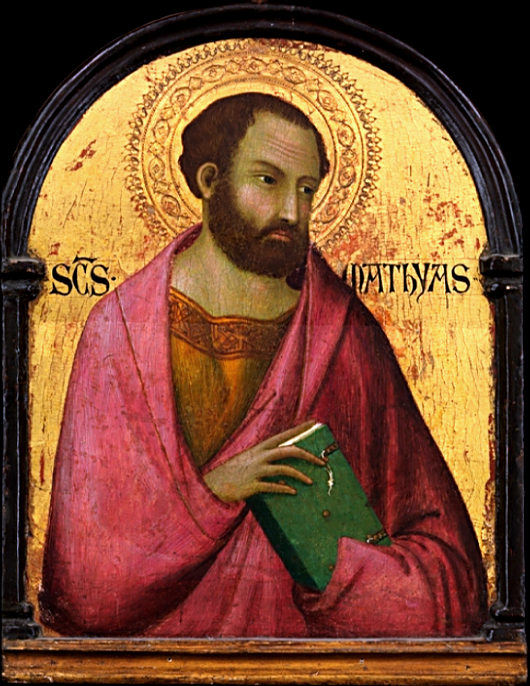 Saint Matthias (Greek: Ματθίας; ατας) English: Matthias) is a saint in Christianity. Died around AD 80 The book of Acts mentions Saint Matthias as one of the twelve apostles. He was chosen by the eleven remaining apostles to replace Judas Iscariot, who betrayed Jesus and killed himself. After being elected as an apostle Matthias and the other apostles received the Holy Spirit together at Pentecost. which is the 50th day after the resurrection of Jesus The Roman Catholic Church honors the Apostle Matthias as a saint. Originally held to celebrate you on February 24th, then moved to May 14th of every year.